Director Seeks to Heal the World, One Story at a Time 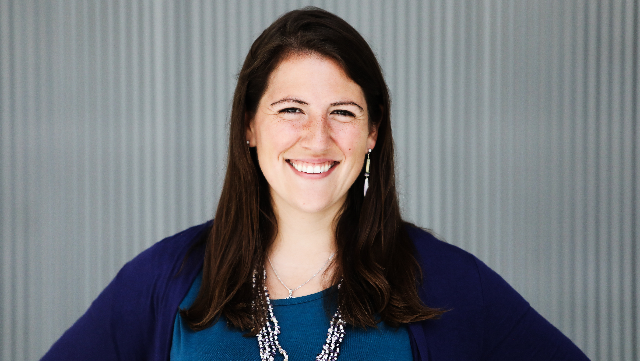 Stories have the power to heal or to harm. “Words create repercussions,” says Madeline Sayet, the executive director of the Yale Indigenous Performing Arts Program (YIPAP) at Yale University CT.

Actors and directors can leverage the power of stories to make change. Theater can raise controversial subjects in ways that might be too risky to broach otherwise.

As an Indigenous woman growing up in a multicultural home, Sayet absorbed the values and culture of her Mohegan mother and Jewish father. Her mother and her great aunt were the Mohegan tribe's medicine women.

Her Mohegan family runs the oldest Native‐owned and operated museum in the country. Her father is an attorney.

Growing up in both cultures, Sayet constantly questioned where the intersections were. “I trained my brain in bridge‐building.”

She also developed deep critical thinking skills, especially around different types of religion. Although the Native culture and the Jewish religion may, at the outset, seem far apart, “both really protect and care about values,” says Sayet.

“They're disparate cultures but they have common themes of justice and how we treat each other,” she says. Rather than trying to convince the other to change, both emphasize meeting people where they are.

The Transformative Capacity of Stories

Growing up in Connecticut, Sayet developed her love of theater as a child when her mother began taking her to see outdoor Shakespeare productions. Sayet fell in love with the Bard's playwriting and his way of creating new worlds.

“I have always loved stories and their transformative capacity,” she says. “Storytelling, at its core, is part of how I see the world.”

Intending to become an actor, Sayet enrolled in the Tisch School of the Arts at New York University and earned a bachelor's degree in drama. It was in her final year at NYU that she discovered there were Native playwrights.

She was forwarded an ad seeking Native actors. William Yellow Robe Jr., a member of the Assiniboine Tribe and a visiting adjunct lecturer at the University of Maine, was looking for actors to come to Maine and read Indigenous stories.

For Sayet, the experience was life‐changing. “It changed how I saw the landscape I was operating in,” she says.

Sayet continued on at NYU, completing her master's degree in arts, politics and postcolonial theory at the Gallatin School of Individualized Study. She traveled to the University of Birmingham's Shakespeare Institute at Stratford‐upon‐Avon to work on her PhD.

In her doctorate studies, Sayet examined colonialism through Shakespeare's work. Writing about it from the perspective of an Indigenous person led Sayet to do some soul‐searching about where she really wanted to be.

She found that even though some Shakespeare scholars regard the Bard as a “deified relic,” and his work is part of the Common Core curriculum, she struggled to reconcile his work and his treatment of Indigenous people. Continuing to direct shows while working on her dissertation, Sayet eventually decided to focus her energies on directing theater.

Shelving her doctorate studies, she completed a master's degree in Shakespeare and creativity from The Shakespeare Institute, while seeking out opportunities to act and direct. She wrote and starred in her own one‐woman show, Where We Belong on the Globe Theater stage.

Through the show, Sayet attempted to make sense of her love of England and what the country meant to her ancestors who had traveled there on “diplomatic reasons.”

Wrestling With the Questions

Sayet's position at Yale is, in a sense, a homecoming. Back in Connecticut, she took over for YIPAP's first executive director, Mary Kathryn Nagle, a member of the Cherokee Nation.

The duo met when they brought Nagle's play, Sliver of a Full Moon, to Yale Law School. Nagle wrote the 2013 play, which shares the testimonies of survivors of violence in the wake of the reauthorization of the Violence Against Women Act.

For Sayet, stories can bring us together or keep us apart depending upon “how they're passed down and form our potential future.” The challenge, she says, is to ask “why are we telling” a particular story now.

“Is there a reason why this story is important to tell now? Will it teach us how to live better in the world?”

Theater offers a place to wrestle with the big questions. Plays, operas and stories ask questions and call attention to something, as well as help us reimagine what's possible.

It's that grappling with the questions and the transformation that occurs “that gives theater its power,” says Sayet, and the power to “transform our world.” In his famous “To be or not to be” soliloquy, “Hamlet is not asking how it is,” says Sayet: “He's questioning his lot in life.”

Although Sayet is still a fan of the Bard's work, she points out that Shakespeare is not neutral. She notes “There is no neutrality in a story.”

With traditional theaters closing their doors earlier this year because of the pandemic, Sayet has had to figure out how to maneuver when live theater isn't an option. She's also keeping YIPAP focused on the future.

So far, YIPAP has done a series of online playwriting workshops for Native writers and chose two winners, rather than one, Native playwrights as part of its fifth annual Young Native Playwrighting contest. YIPAP recently sought submissions for its Monologue Writing Competition for Native Youth.

For Sayet, one personal benefit of the pandemic is that she gets to sleep in her own bed now. As an actor and director, she was constantly on a plane.

What is her favorite Shakespeare play? Although The Tempest contains an Indigenous character and she likes the play's poetic text, Sayet prefers Twelfth Night for its “beautiful structure” and portrayal of complex people.

Despite her youth—she was named to Forbes' 30 Under 30 in Hollywood & Entertainment in 2018—she continues to accrue accolades and awards, including the White House Champion of Change Award. Her youth belies a depth of wisdom found in others much older, something likely due to her Mohegan upbringing.

Wanting to be an actor because “I wanted to escape my own identity,” Sayet went from questioning her place in the world to wondering “how do I actually change the world?” Being a director, she's able to reimagine what's possible on stage, something she applies to her own life.

“I've actually been able to navigate systems I wouldn't have been able to at a different time,” she says. While at NYU, she ran an all‐female Shakespeare company and directed an all‐woman Shakespeare play, pointing out that in the Bard's day, men would have played all the parts.

“I've spent my entire career waiting to get into trouble,” says Sayet. “I'm saying these things and no one has kicked me out of the industry yet.”