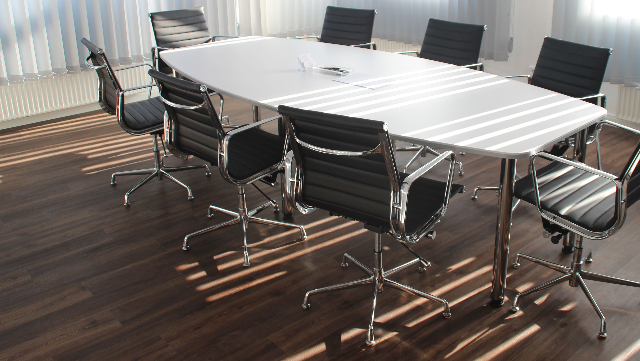 WIHE spoke to three scholars about how they engage the public, how we can support each other and what conversations we should be having right now. What should we say after the deaths of civil rights legends, a global pandemic and the lives lost to police violence? How do we develop meaningful community‐centered projects, both virtually and in‐person? Does race or gender affect the work that we do? The scholars include:

kYmberly Keeton, M.L.S., C.A. is the African American community archivist and librarian at the Austin History Center Public Library and is currently earning a doctorate at the University of North Texas.

Genevia Chamblee‐Smith is an Association of Research LibrariesCareer Enhancement Program fellow, whohas taught information literacy at Fisk University TN and Towson University MD and is a recipient of the Association of Research Library's diversity fellowship. Chamblee‐Smith is completing a Master of Science in Library and Information Science degree at North Carolina Central University.

Zandra L. Jordan, PhD, MDiv is the director of the Hume Center for Writing and Speaking at Stanford University CA, a trained rhetorician, and an ordained Baptist minister.

With police violence, a global pandemic and an economic recession, what issues should scholars focus on? How should we engage people? What needs to change?

Jordan: The confluence of issues impacting the Black community in this moment is exceedingly traumatic and exhausting. Our souls are weary from the onslaught, and yet, in the midst of our grief, we muster up strength to fight for our lives. We're doing what we must, but none of us can survive this level of emotional, physical, spiritual and psychological toil without attention to self‐care.

So, while Black and Brown communities need to engage all of these issues, it's important that we do so with some consideration for longevity. The fight is unrelenting. If we don't take care of ourselves in the midst of the struggle, who will be here to ensure our victory? Perhaps one self‐care strategy is not to try to be involved in every action…. Rather, we can begin with where we are best positioned and equipped to help. As an educator and as a minister, my closest spheres of influence are in the classroom, in the sanctuary and in the spaces where that work intersects with community.

Keeton: All issues, as a humanitarian, as an African American woman, as a professional, affect us. I think we've been dealing with these things. But we're not including ourselves in these questions. I believe Black women are important. This is not something new; these issues have been happening since 1619. The myths about Black women being superheroes ties into all the questions you've proposed…. These issues are being heightened by COVID‐19. When you look at Black and Brown people being disproportionately affected by COVID‐19 and the toil they've taken on physical and spiritual well‐being, people are dealing with a lack of insurance, a lack of education and the environment in which you live, as well as just not having access.

As a librarian, I've been focused on creating platforms for Women of Color, for my community….I created a dramatic writing series, where women wrote about their experiences, and within six weeks, a theory group—virtual safe spaces to talk about topics.

Chamblee‐Smith wrote a paper titled “Beyond Diversity.” As scholars and researchers, do you believe we need more than diversity?

Chamblee‐Smith: We need to look at diversity as giving someone an opportunity. Researchers could experience creating library material using the best materials. As kYmberly said before, we need to create platforms that support us so we don't feel invisible.

Jordan: We definitely need diversity, but that's only a starting point. Diversifying who is sitting at the table doesn't automatically change hegemonic infrastructures. We just get to be at the table to hear people justify their unwillingness to implement real, systemic change. So, in addition to diversity, we need, at a minimum, a real commitment to interrogating and dismantling the structures that continue to oppress people of color.

We need for white powerholders to have real conversations with themselves and their counterparts about the violence they do knowingly or unknowingly, the microaggressions and passive aggressive behavior, as well as the more blatantly racist, discriminatory and retaliatory behaviors that make the academy a hostile place for the marginalized. We need a viable action plan for eradicating racial injustice. We also need to examine what we mean by “diversity.”

As Black women scholars and professors in higher learning, do you believe there is unity with Black male scholars? Are we working together or is there a division? If there is friction between Black men and women, what are the causes? How can we bridge the gap of competitiveness?

Keeton: I was an assistant professor for three years at Lincoln University MO, an African American college [HBCU]. It was my first time being in an institution of higher education that dealt with Black people, and I enjoyed it thoroughly…. There's competition, but there's unity. African American women hold positions as directors whereas Black males are offered Dean's positions from what I have seen thus far in the field.

Jordan: I have not personally experienced division or friction between Black men and women in the academy, but I am aware that it happens in some spaces. One contributing cause, I suspect, is sexism. One can agree with Black liberation, but still envision a seemingly more democratic reality in which Black women are inferior to Black men. A related contributing factor is patriarchy. If Black men feel a need to support patriarchal hegemony in order to be accepted in their departments or fields, then division will ensue. Perhaps we begin to bridge the gap by presenting more models of Black women and men in the academy working together to promote institutional change, political revolution and social transformation.

Earlier Keeton described the Black woman superhero mythology. How do Black women scholars explain what has become the belief or myth of the super Black woman or girl who saves the universe that has been portrayed in recent television series, art and literature? How does this tie in with the recent protests against police brutality where Black women and girls have been on the front lines?

Jordan: The Black woman superhero is meant to be empowering, but it denies Black women's full humanity. We are on the front lines of movements because we are mothers, sisters and aunts who know what it's like to lose sons and daughters, brothers and sisters, friends and other members of our communities, and we've had enough. We are visionaries, trailblazers, activists [and] changemakers, and we are also human and in need of compassion, care and protection. When I say “protection,” I don't mean that we can't do for ourselves. I mean that we should be viewed as precious and worth protecting, worth cherishing. Yet, worldwide, women of African descent are the most abused, misused and abandoned. We are forced to cherish and rescue one another because, by in large, others won't.

Chamblee‐Smith: You don't have to be everything for everyone. But take care of yourself, so you can build.

Dera R. Williams, a child of the Great Migration, is a writer of fiction, nonfiction and memoir and has published an excerpt of her childhood stories, In My Backyard: Stories of Growing Up in Oakland: A Preview.

Rochelle Spencer is author of AfroSurrealism (Routledge, 2019) and co‐editor, with Jina Ortiz, of All About Skin: Short Fiction by Women of Color (Univ of Wisconsin Press, 2014).

In the original publication of this article Keeton was misquoted, it has now been updated for accuracy.