How to Stop Internalizing Microaggressions 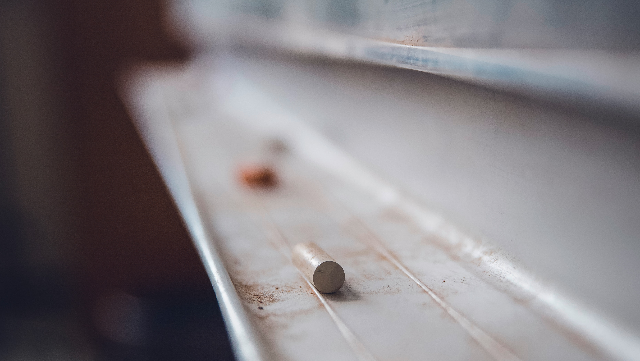 According to the 2010 census data, African Americans make up about 12.1% of the U.S. population. Nevertheless, in 2017, the National Center for Educational Statistics reported only 3% of university faculty across the United States are African American women, with less than 1% involved in engineering education. The lack of representation of African American women within these positions means they often face discrimination and bias at work.

In 2015, Joanna Hall surveyed 10 African Americans on their reaction to workplace microaggressions (obscure or inferred discrimination against marginalized group members), along with related health effects. Hall found that participants utilized over 20 strategies to handle microaggressions. Each participant demonstrated patterns of internalizing what had happened to them, causing high levels of stress at work. Stress leads to insomnia, hypertension, weight loss, depression, anger and helplessness, among other health conditions.

Although universities offer conflict resolution training designed to develop an open dialogue around high‐stakes situations, these types of programs are insufficient to meet the unique challenges of African American women faculty in engineering, who face race‐related aggression in the classroom.

African American women faculty need approaches that prevent them from internalizing of aggression and microaggressions. I recently had an experience with an aggressive student in an engineering course that showed me how ill prepared I felt to respond and process the emotional impact.

In 2020, 25 high school teachers enrolled in my introductory engineering graduate course. The course guides teachers through methods of engineering design and introduces them to practical approaches to project‐based learning. Based on self‐identified ethnoracial data, the class composition was as follows: 52% white/non‐Hispanic, 16% Hispanic, 12% African American and 12% other, because two individuals preferred not to identify. While a few of the teachers knew one another, the majority of participants joined independently and spent time the first few days getting to know their fellow classmates' student populations, core teaching areas and reasons for enrolling in the course. Forming relationships was essential for completing group projects.

While the majority of students were unaffected by learning that I am an African American woman, one student was. While randomly placing students in discussion groups, the student began to shout at me: “Who do you think you are? Stop talking to me! As a Black woman, you have no authority over me, so stop talking to me! I speak English, do you? Get away from me!”

Her denunciation not only demonstrated that she had no respect for me as the instructor but made it clear that my ethnicity and gender were the cause of her frustration. Did she act this way because she has never had an African American educator before?

I began to ask myself what I should do, so that I'm not regarded negatively. Should I act as if I did not hear the student and walk away? Should I stop class and call her out to make sure she understood how disrespectful she was? Or worse, should I ask her to leave and possibly get the authorities involved? Above all else, I had to keep my composure and be confident.

As an African American woman, the last thing I wanted was to get the police involved. There are too many stories of the police mishandling situations. I lost an older sister due to police brutality and would never wish that loss on anyone. In my sisters' case, a noise complaint escalated into a physical altercation with police, causing her to slip into a coma and pass away a few days later. I did not want this to happen with the upset high school teacher.

What if the police noticed the student was getting agitated and determined the only way to get the individual into submission was with the threat of firearm use? Would that student's potential injury be my fault?

The emotions of wanting to keep the class safe, keep myself calm and keep the aggressive tone of the student from escalating created a feeling of hopelessness. When there's a fire, everyone knows what to do because there is training in place to keep everyone safe. I have never received training in handling racial attacks, so I relied on my personal life experiences and communication techniques to dictate my actions.

Instead of retaliating, I took a deep breath and asked the participant to step outside to speak privately. I wanted to get to the root cause of the anger. Using my Crucial Conversations training, I desired to make sure the participant did not feel exposed. The teacher refused my request as well as additional attempts to redirect and insisted she had a right to be there no matter her behavior. Feeling defeated, I contacted the campus police and explained the problem. Upon police arrival, the participant continued ranting in the classroom. The officers immediately escorted her off campus.

The occurrence made me doubt myself, which caused me to question my abilities to teach engineering education and to connect with my students. Initially, I internalized my actions as a failure. Could I no longer be characterized as a strong African American woman?

After several days of continuous reflection and stressing, I came across Fierce Angels: A Strong Black Woman in American Life and Culture by Professor Sheri Parks. Parks describes how the label of a strong Black woman is attached to both negative and positive stereotypes in Black culture. All women should examine how helpful or damaging adopting this personality can be and not let it determine who you are. Upon further reflection with family members, I realized that the incident had nothing to do with my teaching ability or interpersonal skills but had more to do with the student's unwillingness to accept me.

The Importance of Institutional Support

After conducting independent research, reflecting on stereotypes and speaking to a lot of random people about the event, my emotional state improved. And yet, processing this event would have been streamlined, resulting in reduced stress, if there were already proactive or reactive supportive strategies in place for African American engineering educators.

For example, a proactive method of support is race‐related focused programming. The program would utilize real stories and experiences from across the field to provide a cohesive picture of what people have gone through and their management styles to offer tips and suggestions for handling aggression in the engineering classroom.

A reactive kind of support is on‐campus peer networking developed for African American engineering educators. The network would help by allowing women to share stories of and reactions to microaggression events as well as provide a talking space to validate the emotional response of the incident. Still, to make this support possible, institutions will need to increase the number of African American engineering faculty on campus.

After the event, all anyone could say to me was “I am sorry this happened to you,” but no one could explain why it happened or how I might feel because of the situation. The unanswered questions made me feel alone and led to my independent search for balance as well as an internalization of the event.

With a support system in place, I would not have had self‐doubt in my abilities based on this one encounter with a student. Institutionalized support systems are essential to the mental and emotional health of African American women. Institutions need to take a firm stand against discrimination on behalf of minority faculty and staff and make sure that individuals are not alone in understanding racial and gender microaggressions or responding to them.

Christina Crawford is the associate director for science and engineering in the Rice University Office of STEM Engagement and is researching urban education as a PhD student at the University of Houston TX.