Those Who Wander Are Sometimes Lost 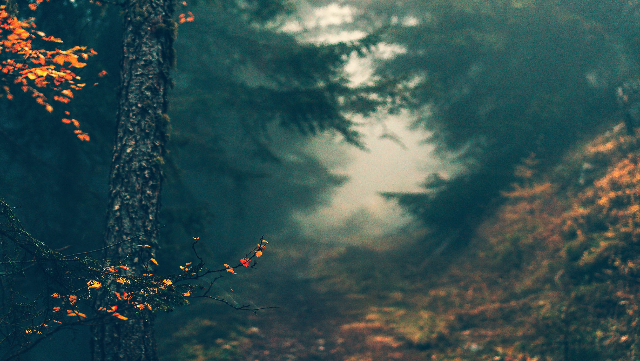 There are a lot of things I keenly miss from before the pandemic: the ability to be near people rather than separated by at least six feet; the ability to go to funerals, memorials, birthday parties and other social gatherings; and the quiet moments when my family is not stuck in my house with me. I miss leaving my house for errands without panic.

One of the things I miss profoundly sort of surprised me: the ability to wander. Before the pandemic, I loved to wander from place to place, inside and outside. I loved the ability to move through the world without a goal to accomplish or an errand to complete. I loved being able to be aimless; our world doesn't let us be aimless much. Our world almost requires, or at least demands, a reason for our actions. We need a reason to do and be, even if we don't have one to motivate us. Even if we just want to wander.

Before the pandemic, I found opportunities to wander whenever I could. I would wander around stores, shifting from aisle to aisle at an unhurried pace. I wasn't necessarily looking for anything particular. I just wanted a moment or two to drift and be. Under the fluorescent lights, I navigated the sometimes‐crowded aisles and let my mind wander. My mind needs to wander as much as my body does.

Before the pandemic, a year before actually, I would wander around my old neighborhood tucked into the woods in northern Florida. There were hardly any sidewalks, and I spent much time stepping over the cracked pavement. My dog, Zan, would wander with me. She and I explored the neighborhood for years, uncovering the patches of wildness that couldn't be tamed. Cranes rested in a retaining pond, and snakes slithered across the street in front of me. We wandered until Zan had to have surgery on her knee and couldn't keep up with the walks any longer.

We would wander together and try not to get lost. Since my mind tended to roam, we often got lost.

Before the pandemic, I would wander in unfamiliar cities. I traveled to three or four or five conferences a year as an academic and now as an editor. I would wander from my hotel to the conference and back again, observing all the people around me as they headed to work or school or somewhere else I couldn't quite decipher. I would wander into local museums or aquariums and then take my time puttering through the exhibits or gazing at the fish swimming lazily behind their thick glass tanks. I would look at the colorful fish and allow them to distract me from myself.

I loved to wander, even though I tended to get lost.

The last conference I attended before we were told to shelter in place was in Nashville. I had never been to Music City before, and I looked forward to exploring the unfamiliar city at my own pace. Early one morning, I took a wrong turn or five on my way to a CVS. I had been following the news about COVID‐19, which wasn't quite urgent yet, and I wanted hand sanitizer and disinfectant wipes.

The night before while I slept, a tornado ripped through the city miles away, and the significant damage was on display in the local news. The city seemed quieter after a disaster. I was one of the few people on the streets. Somehow in my attempt to get to the national chain, I ended up on a street with restaurants and bars named after country singers. Their neon signs were off but still obvious in the morning light. I found a place I wasn't looking for but was glad I saw. I wouldn't have found it if I hadn't wandered. I wouldn't have found it if I hadn't gotten lost.

Tired of Being Lost

Not all who wander are lost, the old saying goes. And yet, wandering most often meant getting lost. I have no sense of direction. I'm distracted almost constantly. I hardly ever remember the way I came, so I can't get back. I often do the opposite of what my intuition tells me to because I'm so bad at navigation. Time and time again, folks would give me detailed directions but I still couldn't follow them, even if I wrote them down. The words on the page didn't translate. And Google has tried to guide my feet as I walk in familiar and unfamiliar places. And yet, even their Maps app can't save me from myself.

I can't wander now. And I feel even more lost. I've lost the ability to be aimless. I've lost the capability to not entirely notice what's around. When I'm stuck inside looking at the same four walls, day in and day out, my mind might wander, but where it wanders is not where I want to end up. My mind drifts to the hourly onslaught of bad news. Rising cases of COVID‐19 and deaths in my state. Ongoing crises in higher ed and K–12 about how to educate in a pandemic. Ineffectual national and state leaders who let more and more Americans die. A loved one who died with no family near her during her last breath. Climate catastrophes awaiting around the corner.

The more lost I feel, the more I want to wander to find the unexpected. I want to land somewhere I didn't know I needed to be. The uncertainty of each days weighs upon me, so I long to wander. But I am deeply tired of being lost.