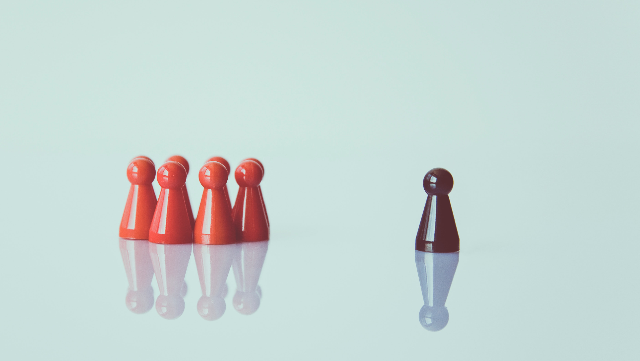 The number of lawyers serving as college and university presidents has more than doubled in the last three decades. Just over 200 lawyers led campuses in the 2010s. Along with this increase, women lawyers are taking their rightful place as leaders in the academy. Roughly 70 women lawyers were appointed to a combined 85 presidencies from 1976 to 2020. This number may sound small given there are more than 4,000 colleges and universities in the United States. However, of the lawyers who are presidents, slightly more than one in three are women. Nationally, 30% of all campus presidents are women.

Although the first woman college president, Frances Willard, was appointed in 1871 (albeit of an all‐women's school), it was not until 1925 that a woman, Emma Elizabeth Johnson, was appointed to lead a co‐educational institution, after the president, her husband, died. However, it took until 1976 for women lawyers to join the ranks of college and university presidents. Male lawyers held these positions dating back to the 1700s. Between 1976 and 2001, there were fewer than a dozen women campus presidents.

It was not until the 1980s that other women lawyers ascended to campus presidency. This is not surprising, as the legal profession did not start to seriously pay attention to issues surrounding women in the law until the 1970s. In 1987, the American Bar Association announced the creation of the Commission on Women in the Profession, chaired by Hillary Rodham Clinton, to “assess the status of women in the legal profession, identify barriers to advancement, and recommend to the ABA actions to address problems identified.” It is clear that as the legal profession has started to make progress in opening up leadership opportunities for women, women lawyers are able to transfer those leadership skills to the campus presidency just as their male counterparts have.

It matters that women, whether or not lawyers, are appointed to leadership roles in higher education for a multitude of reasons, including serving as important role models to other women at all levels and positions in academia.

This data suggests that women might have felt at some level they had to forgo marriage and children to rise within their chosen field. In terms of career history, fewer women than men were appointed as president from outside of the academy (15.9% of men and 13.6% of women), and women presidents were more likely to have served in the role of provost or chief academic officer (46.1% of women, compared to 41.1% of men). Women presidents are also more likely than male presidents to hold a PhD or an EdD (86% of women, as compared to 77% of men).

The White House Project's Benchmarking Women's Leadership report (2009) looked at various sectors of the workforce, including education. A GfK/Roper Public Opinion Poll conducted for The White House Project in 2007 reported that 94% of those surveyed were comfortable with a woman leading an institution of higher education, yet women held only 23% of the leadership positions in education. The report notes that, nationally, women are 57% of all college students but only 26% of full professors, 23% of university presidents and 14% of presidents at the doctoral degree–granting institutions.

The Data on Women College Presidents

In the last 10 years, the number of female presidents did increase. The report also showed that women account for less than 30% of the board members on college and university boards. Interestingly, there is a discernible trend of board members being appointed to interim and permanent presidencies. However, women still account for less than one‐third of these boards, so more work needs to be done.

Research shows it was not until the last two decades when women started making inroads to the presidency. This is true for the women who are lawyers as well. During the 2000s, there were 17 women lawyer presidents, and this number jumped to 47 in the 2010s. There are fewer women presidents at the highest‐ranked schools, and more women presidents of community colleges than at four‐year schools. Women lawyer presidents follow this trend, despite the recent increase in appointments in general, women have not yet been selected to take their rightful place at our most prestigious institutions.

The White House Project closed in 2012. In 2013, the Colorado Women's College of the University of Denver filled the void and issued an updated report, Benchmarking Women's Leadership in the United States. Key findings in this study regarding women in higher education included the fact that “women led five of the eight Ivy League institutions,” and that “women comprise an average of 24.53% of positional leaders in academia.” Lastly, the report pointed out that all of the five Ivy League schools were chartered before the American Revolution, but it took 200 years to appoint a woman president, with the University of Pennsylvania as the first. Despite the frustration as to why it took so long, it is a milestone.

There is no doubt that women in general and women who are lawyers are making inroads into campus leadership positions at roughly the same rate. Women lawyers entered the campus presidency later than nonwomen lawyers, and women from all disciplines have much to contribute. It is no surprise that in the last decade, when legal education was on the decline and the law deanship was an unenviable assignment, there were a record number of women appointed to lead. The next decade, which has started out with a national pandemic causing predictions that hundreds of colleges and universities will close, not to mention a national crisis over racial equality and policing, will no doubt see more women lawyers ascend to the presidency. This is because women are regarded as being strong healers and skilled at bringing people together. Women are also able to make difficult decisions in a crisis with emotional intelligence that is supportive while at the same time pragmatic.

The pipeline has never been stronger, and the demand for the creative problem‐solving skills that women lawyers bring to the higher education C‐suite is at an all‐time high. The stage is set for greater gender balance in campus leadership for the 2020s and beyond.

Patricia E. Salkin is provost of the Graduate and Professional Divisions of Touro College and the former dean of the Jacob D. Fuchsberg Touro Law Center. This work emanates from her PhD in creativity dissertation research at the University of the Arts.