#BlackInTheIvory Documents Anti‐Blackness in the Academy 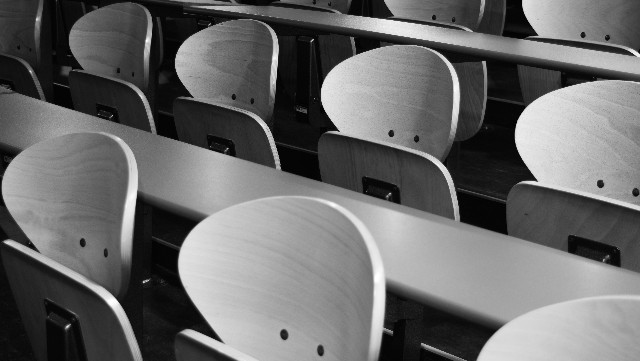 How do you make a hashtag go viral? Content marketers charge millions to dispense tips on increasing one's chances. The right hashtag has the potential to generate social media engagement, mainstream media attention and revenue. Nevertheless, in truth, it's like waiting for lightning to strike. Despite the odds, the hashtag #BlackInTheIvory has become a viral sensation, as evidenced by its online and offline reach. The hashtag provides a powerful way for Black people within the academy to share their experiences.

Social media users put a pound sign (#) in front of a word or phrase in order to create a hashtag. This hashtag allows them to find and connect with others who are interested in content related to that word or phrase. #SayHerName, #MeToo and #BlackLivesMatter are examples of hashtags. Academic‐focused hashtags include #AcademicTwitter, #WithAPHD and #PHDChat. The hashtag #BlackInTheIvory upends the stereotype of elite, unconcerned academics in an “ivory tower” to highlight how racism has affected Black people at all levels of academia.

#BlackInTheIvory was started by Dr. Shardé M. Davis and Joy Melody Woods. Davis is an assistant professor in the Department of Communication and a faculty affiliate of the Africana Studies Institute; the Institute for Collaboration on Health, Intervention and Policy; and Women's Gender, and Sexuality Studies Program at the University of Connecticut. Woods is a doctoral student in communication studies at the Moody College of Communication at the University of Texas at Austin.

Davis and Woods met five years ago when both were graduate students at the University of Iowa. On June 6, 2020, Davis and Woods were texting about systemic racism in the United States in the wake of the killing of George Floyd and Breonna Taylor. They discussed the idea of relating their experiences as Black women in academia, and Davis suggested using the hashtag #BlackInTheIvory.

Woods tweeted an invitation for Black scholars to talk about being Black in the academy using the hashtag. On Twitter, she wrote, “Hey folks, so I want my Black scholars if they're comfortable to share their experience with higher ed institutions #BlackInTheIvory I've started sharing. On Instagram. Shout out to @DrShardeDavis for the idea.”

The next morning, Woods called Davis with the news that the hashtag had gone viral overnight. Black faculty and students from a variety of academic disciplines poured out their stories. Some shared individual success stories and achievements. For example, Ezi Alibo tweeted, “Thank you everyone for all the support, it took a village to get me here and I am grateful to all my mentors, friends and family. Successfully defended my PhD. I'm a PhD!!! #blackimmunologist #BlackGirlMagic #Blackintheivory #blackinstem.” Such stories provide community validation and encourage others still in the pipeline.

Calling Out Prejudice and Racism

Many others used the hashtag to call out the individual prejudice and systemic racism they endure. Some disclosed being overburdened by service commitments and committee work, especially relating to diversity and inclusion initiatives. Many gave specific instances of the harm caused by hostile advisors and inhospitable departments. For instance, science educator Raven Baxter tweeted, “#BlackInTheIvory My first day of work someone from the chemistry department physically blocked me from getting my mail in the faculty mailroom. Threatened to call the police because they thought I was a student trying to steal mail. Didn't believe my faculty ID was real.” These and other testimonies expose the pervasiveness of anti‐Blackness in the academy.

While the purpose of the hashtag was to allow Black scholars to share, some non‐Black scholars also read and used the hashtag. Stephani Page, the creator of #BlackAndSTEM, noted this visibility. She expressed a concern that non‐Black scholars may consume the personal stories of Black academics without citing or engaging their scholarship. Page tweeted, “Another aspect of #BlackintheIvory that plays out on Twitter and other social media is the appearance of a desire to hear our trauma with less attention to and support for our work. Would you RT [retweet]/like our papers as much as you do our experiences with racism?”

Lori Messinger, dean of the College of Social Work at the University of Tennessee at Knoxville, offered recommendations for white anti‐racist higher education administrators. She cited and tweeted a photo of Kerry Ann Rockquemore and Tracey Laszloffy's The Black Academic's Guide to Winning Tenure—Without Losing Your Soul (2008). Also, Messinger tweeted, “I consistently need to recognize extra work by Black faculty (Black tax) and reward with compensation, time or other recognition.” Such comments acknowledge the importance of offline efforts to change the conditions facing Black faculty and students.

#BlackInTheIvory joins other hashtags that have emerged from “Black Twitter,” a loose network of Twitter users sharing concerns related to Black communities. Like #TrynaGrad, #BlackInNeuro, #BlackMedTwitter and #BlkTwitterstorians, #BlackInTheIvory serves as a gathering place where people can offer information and resources that may be of use to Black academics. Davis and Woods feel that the #BlackInTheIvory hashtag caught on in part because it became a way for many Black faculty and students to receive affirmation and validation. It reveals how racism is widespread. Furthermore, it confirmed for some that their experiences are not unique, as many Black people in various fields, at different ranks and in different types of institutions have very similar experiences.

While #BlackInTheIvory is relatively new, Davis and Woods have already had to contend with the erasure of their work. For example, a JSTOR Daily article on the hashtag did not include the names of Davis and Woods as creators, although a correction was later issued. Also, others have attempted to use the hashtag for financial gain without seeking the permission of Davis and Woods. They have now trademarked the hashtag and set up a Twitter account and a website, including merchandise and a donation program for Black graduate students.

The hashtag continues to thrive on social media, and Davis and Woods hope to honor the contributions of #BlackInTheIvory participants by maintaining this virtual community. The work by Davis and Woods illustrates the power of social media to amplify the joys and concerns of Black academics at all levels.