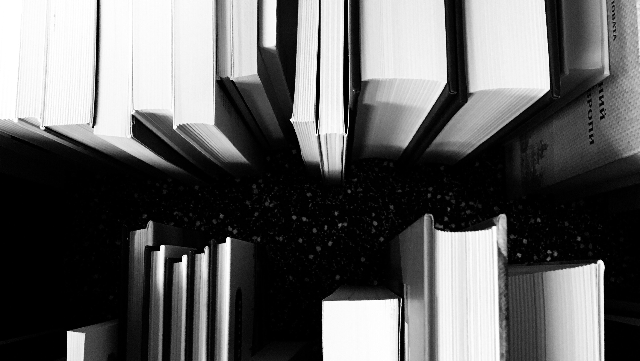 It isn't easy to be an activist while also being a scholar, parent and teacher. For Dr. Jennifer Harvey, professor of religion at Drake University IA, activism was something that emerged slowly.

The backdrop of Harvey's commitment to anti‐racist scholarship and activism can be found in the Denver public school system, where she grew up during a time of desegregation and busing. “I was a racial minority, and most of my friends were Black girls who didn't live in my neighborhood,” she says. In her multiracial high school, she noticed her accelerated classes were mostly made up of white kids, and she had an inkling that something wasn't right.

Meanwhile, she was raised on white evangelicalism, where she acquired the fervent belief that “God so loved the world , meaning all of it.” She studied theology at Westmont College CA and volunteered with the Salvation Army. She recalls, “There was something about having theological arguments in class while I was also becoming aware of economic injustice and watching white men drive Mercedes past homeless people.”

During her awakening, someone pointed her to Black liberation theologian James Cone. “He helped me interpret my life,” she says, by giving her a framework for understanding white supremacy. Feminism, queer theory and other things were also in the intellectual mix, but “it was the race piece that blew my mind open because of my own experience growing up,” she says. So, she moved across the country to New York to pursue a Master of Divinity at Union Theological Seminary, where Cone was a professor. “I made a fool out of myself at first,” she laughs, “but Black folks there said to me, over and over, if you're serious about racial justice you've gotta stay in it and you've gotta deal with the white part of it. And I've been trying to do that ever since.” She stayed at Union for her PhD; her dissertation led to her first book, Whiteness and Morality: Pursuing Racial Justice through Reparations and Sovereignty (2007).

More recently, Harvey used her writing to reach out to churches and other lay audiences. Her second book, Dear White Christians: For Those Still Longing for Racial Reconciliation (2014), encouraged well‐meaning white folks to move beyond reconciliation to racial reparations—actual repair for past wrongs. This book's publication coincided with the death of Michael Brown and the rise of the Black Lives Matter movement. “Suddenly churches were reading that book,” she recalls, “and that experience made me realize it was really nice to write things that people engage.” She's now a sought‐after speaker in churches and on campuses.

When speaking to people about that book, other questions came up that she thought she could also address. This led to the publication of Raising White Kids: Bringing Up Children in a Racially Unjust America. “A lot of white people care but don't know what to do about racial injustice and how to get in the struggle for justice as a white person. And I can talk to those folks because I'm one of them,” she says. “Once I started doing that I thought, why would I ever write another book just for academics again?” She's quick to add that she's not knocking traditional scholarship. But at this point in her career, Harvey notes, “If I can't talk to my partner or my mother about something, I'm less interested.”

Activism, On and Off Campus

Anti‐racism is at the forefront in her work as a faculty member at Drake. After earning tenure, Harvey realized the need for faculty organizing. She says, “We as faculty need to step into our power more proactively” instead of relying on administrators to do everything; “I've been stunned at how many faculty members have great critical analysis skills and deep justice commitments but still just sit back and say, ‘My institution would never do that.’”

One of the projects she's proudest to be a part of is the Crew Scholars Program, started by one of her colleagues and the provost several years ago, to address the low graduation rates of Drake's students of color. “In higher ed when we talk about racial disparity, the assumption is usually that students of color have deficits,” she says. “But at Drake the data clearly said ‘no’; the deficit was with the institution, not with students.”

Students of color who were equally college‐ready as white students—with the same GPA, same test scores, same economic backgrounds—were still dropping out at much higher rates. The problem was Drake's harmful racial climate. Crew was designed to be a program that repairs and redresses harm to students of color, by redistributing resources, creating initiatives that run interference and attempting to tackle the negative impacts of the racial climate. And it's worked. As of today, Crew Scholars have a higher graduation rate than any other group at Drake. “The program is transforming the whole institution,” she says.

When Crew's original faculty director left, Harvey was asked to take over, a request that came at a good time. “I was feeling frustrated with racial disparities among students, as well as our hiring and retention of faculty of color,” she says. “I was thinking about leaving the academy for a church job [she is an ordained American Baptist pastor] because of how intractable the social justice issues seemed to be in higher ed.”

While it might not be ideal to have a white faculty director, Harvey notes, “As someone who had done deep‐dive, anti‐white‐supremacy work and was familiar with the racial dynamics, I was well‐positioned to do it. I had already built up some trust with students and colleagues of color and found that folks were open to having me in this role.” Harvey adds that the program leadership is a co‐directorship, and both staff directors with whom she has worked have been African American men. “We are a team and don't make any decisions without each other,” she says.

Her campus activism turned out to be good training for getting involved in her community as well. With her sister, Harvey started the Des Moines chapter of SURJ (Showing Up for Racial Justice). “That organization is important to me,” she says, “not because it's perfect but because it's conceptualized as an attempt to get more white people off the sidelines and into the active struggle against white supremacy.” This often means supporting youth of color; they are also currently working to get anti‐racist pedagogy onto Iowa's teacher training.

On Parenthood and Productivity

If you wonder how Harvey can seem to do it all, she explains, “As a parent and an academic, I really don't know how women who have young children do that, and succeed in academe, if they don't have a completely kick‐ass partner.” Early in their children's lives, Harvey's partner got the kids to school and made sure grocery shopping was done. Harvey is aware of how different situations contribute to success: “I look at colleagues who are expected to do both campus work and all the family stuff and I wonder, how do people do it?”

Parenthood has given her perspective about higher education. The academic life, with its esoteric debates and political bickering, she says, “is potentially irrelevant if the entire world is burning down. I don't know if my kids are going to have water in 20 years!” She would like to see academics and institutions play a greater role in their communities' collective reckoning—on race, the environment and justice issues more broadly. She understands that many scholars are tired and maxed out, and she doesn't want them to feel guilty. Instead, everyone should focus on doing whatever they can on issues that matter to people's actual lives: “If we're not thinking this way as academics, we're participating in the failure to point out that the emperor has no clothes,” she says. “We have to help change this world right where we are.”

Dr. Kate Blanchard is the Charles A. Dana Professor of Religious Studies at Alma College MI .