Hope Is Not Enough 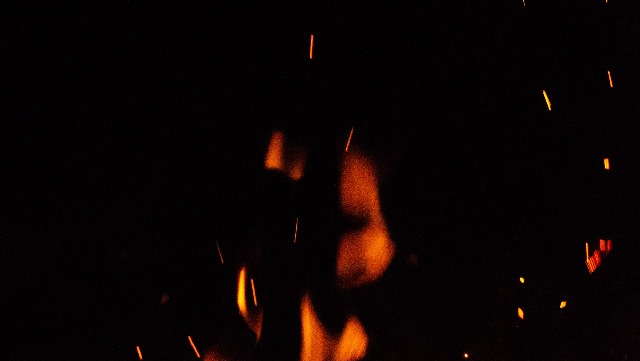 I'm doomscrolling again—relentlessly perusing social media and dwelling in the terribleness of our world.

Once again, the awfulness of the world caught my attention and didn't let go. In May, Amy Cooper, a white woman, called the police on a Black man bird‐watching in Central Park for simply asking her to leash her dog. On video, she lied that he threatened her. He wasn't harmed, but he could have been. In March, EMT Breonna Taylor, a Black woman, was killed in her home by Louisville Metro police officers. Her death didn't gain national attention until May. As I write this, the officers still haven't been charged or arrested. There's still no justice for Bre.

Also in May, George Floyd was murdered by police in Minneapolis. A white police officer kneeled on Floyd's throat for almost nine minutes while Floyd kept saying, “I can't breathe.” His death makes me think of Eric Garner, another Black man murdered by the police six years ago. He also said, “I can't breathe.” History repeats itself in tragic ways.

Floyd's murder led to protests first in Minneapolis and later spreading nationwide. Thousands of protesters called out police brutality for not only Floyd but other Black victims of police brutality. According to US News & World Report, over 1,000 people “died as a result of police harm” from 2013 to 2019. A third of those people were black, of which 17% were unarmed. Police brutality isn't an outlier: it's a deadly problem.

At protests, police—in their riot gear—attacked protesters, targeted journalists and medics and destroyed the supplies protesters brought with them. Attorney General William Barr ordered that protesters outside of the White House be tear gassed, according to reports from The Washington Post .

Police brutality in America was on display—again—for all of us to see.

The world is on fire, I said to myself before the pandemic and during it right now. The fire never burns to ash completely. It never goes out. The flames just get higher.

We've Done This Before

But we've done this before, haven't we? White police officers killed Black men and women before. Folks have taken to the streets to protest police brutality. There were protests in Ferguson MO after white police officer Darren Wilson killed Michael Brown, an 18‐year‐old Black man. Those protests spread too. Black Lives Matter was a hashtag, a rallying cry and then a movement. There were police crackdowns on protesters; hollow calls for law and order by political officials; and worried white people more concerned about buildings than the murder of black people. We've done this before. And yet, police killings still happen. They haven't stopped even after police reforms like bodycams worn by police officers to supposedly keep violence from happening.

In America, Black lives still don't matter. Enough isn't enough, I guess. When will it be? We've been through this before, and we'll go through it again until something changes.

I'm wondering if anything will change. I'm not sure it will.

After Ferguson, I naively hoped America would change. I hoped that fellow white folks would realize that Black lives mattered and support police reform. I hoped it was a watershed moment, a real chance for reform and racial justice. A chance for something better than we had.

My hope for the future, however, grew tarnished with each passing year. I used to think there had to be a bottom to the awfulness documented daily, the endless video loop of the police's attacks on Black people that end in harm and death. I used to be heartened by the activism that I participated in and donated to. I assumed we hit rock bottom, but there was no bottom, not that we could see.

“I used to think things would get better,” I tell a friend, “and that people would learn.”

I realize that I used to have hope that our actions could create a better world. Now, I'm not sure I do.

We are stuck with the same violence, the same political corruption and the same white supremacist systems that kill. I used to hold on, tightly, to the belief that our world could be better, that we could be better. My grip is loosened now, and I expect to let go at any moment.

Maybe, reader, this is not the column you want. Maybe you want me to tell you everything will be all right in the end. Maybe you need me to have hope so you can too.

I can't offer that to you. Not anymore.

What I can offer is the importance of the work—the necessity of action. Hoping things get better doesn't mean they will. It's a luxury to hope for a brighter future without doing anything to make that happen. Inaction is still a form of action; inaction is a form of activism that upholds the status quo. And the status quo is white supremacy. Inaction keeps things the way they are rather than how they should be. Staying silent about racism allows it to remain.

We can't afford inaction and silence now. We never could. It's time to act and speak up.

Some of you are already doing the work. The rest of us need to join your efforts to make sure that Black lives matter. As Angela Y. Davis reminds us, “Freedom is a constant struggle.” We don't achieve freedom for all by hoping it into existence; we have to make it happen. Doing the work, joining the struggle, can change the world. Hope won't get us far enough. Staying silent won't either.

There's always work to do. So, let's get to it.