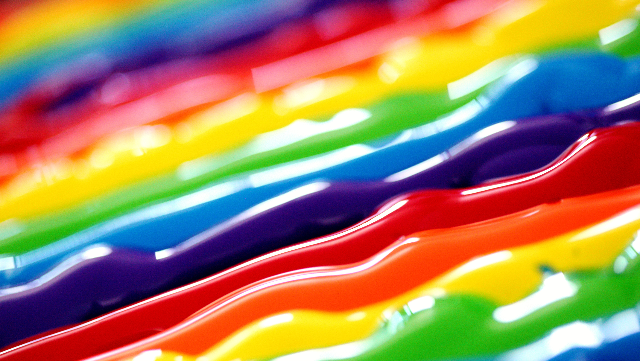 Change makes people uncomfortable. People will hold fast to beliefs, behaviors or activities until the pain of change is less than the pain of staying the same. Leaders who want to drive change in their organization must keep the focus on the desired outcome. Chevelle Moss‐Savage has experienced firsthand what happens when the focus wanes, as well as when a strong leader keeps the momentum going.

Moss‐Savage is the program administrator for LGBTQI+ Diversity and Inclusion at Virginia State University. A licensed professional counselor with a private practice serving mostly LGBTQI+ individuals out of her Connecticut home, she is the driving force behind the school's support of its LGBTQI+ students.

Picking Up the Pieces

Moss‐Savage's connection with VSU, a historically black college and university (HBCU), began when she was studying for her master's in human services clinical counseling at Lincoln University PA. Living in Virginia at the time, she did her internship at VSU, working in the school's counseling center.

She returned in 2013 as the outreach coordinator and therapist for LGBTQI+ students. She left VSU after three years to start her own practice called Heal‐Virginia, but the school's president, Dr. Makola Abdullah, lured her back as a consultant in 2017 when the efforts she had put in place earlier stagnated.

As a consultant, Moss‐Savage visits VSU once a month to conduct training and to co‐chair the president's advisory board for LGBTQI+ inclusion. She is also the advisor to the student group Rainbow Soul and talks to key stakeholders on and off campus.

A land‐grant school, VSU is the first, fully state‐supported four‐year school for African Americans in the United States. It enrolls some 7,100 students. The school looks to improve its rating on the Campus Pride Index. Campus Pride is a national nonprofit organization that sets benchmarks and standards for LGBTQ inclusion and works to create safer and more LGBTQ‐friendly campuses.

Between 2013 and 2016, Moss‐Savage was VSU's designated person for LGBTQI+ issues. Under her leadership, the school hosted its first Lavender Graduation to honor LGBTQI+ students and their accomplishments, offered sensitivity training to law enforcement and was the first HBCU in the Commonwealth of Virginia to provide gender‐inclusive bathrooms. Getting those bathrooms came with some significant pushback from the VSU community.

Since her return, Moss‐Savage has created a five‐phase program to support students who identify as LGBTQI+. Phase One, also known as LGBTQI+ 101 Awareness, is a one‐hour workshop that presents a basic awareness of how to interact with and affirm students.

Once staff and faculty complete 101, they can take Phase Two, the Safe Zone Ally Workshop, which is a two‐hour training on how to create Safe Zones. This training includes scenarios, language use and hands‐on exercises.

Phase Three is the Ally to Accomplice Workshop. Those who want to be allies must sign a contract and give their permission for their names to be posted on the campus website. Phase Four is the Safe Zone Train the Trainer Workshop.

As of now, Moss‐Savage has trained most of the school in Phase One. There are 95 staff and faculty who have since become allies. Phases Three and Four have not been implemented yet, but she hopes they might have the resources in the 2020–21 school year.

She has managed to accomplish all that she has through patience, persistence and being the only “out” member of the VSU staff. “I would rather have a target on my back because I can advocate for myself,” she says, and for the students.

Walking in Their Shoes

Getting the message across has taken some effort. VSU is located in the Bible Belt, and its staff and faculty often bring a strong faith tradition with them to their work. There's a “religiosity” that runs through everything, she admits. Moss‐Savage acknowledges that she has experienced pushback for her work but noted that “I push harder.”

Rather than “calling people out, we try to call them in,” she says. The training helps naysayers to recognize how their behavior hurts the students and encourages them to “walk in their shoes for just a little bit.”

Married to a woman, Moss‐Savage has had to overcome the beliefs of many in the VSU community who thought she was spearheading these changes solely for herself. But as she reminds them, she's now only a consultant. “I'm not going to change your belief system and you're not going to change mine,” she tells them. “I just want to open your eyes and help Trojans matriculate.”

Students attend an HBCU school because of its “family feel, community and camaraderie,” she says. Students are there to learn and “at the end of the day, I want students to feel affirmed and safe,” she adds.

Reminding members of the VSU community that the reason they are employed at the school is to help the students is the point Moss‐Savage tries to drive home. When people have an “aha moment,” “it makes it all worth it,” she says.

The admissions staff had originally balked at doing some recruiting activities specifically for LGBTQI+ students. The president stepped in and told them “these are students [that] we're leaving on the table,” said Moss‐Savage.

There's no doubt she has the full support of Abdullah. In 2017, he put together an advisory board for LGBTQI+ and has established an LGBTQIA+ Diversity and Inclusion Working Group, which is responsible for carrying out the board's initiatives and cultural competency. Support for LGBTQI+ students is also codified in the strategic plan. As she focuses more on her consulting, Moss‐Savage will help hire a full‐time staffer to fill the role she once had.