We All Have to Push the Van 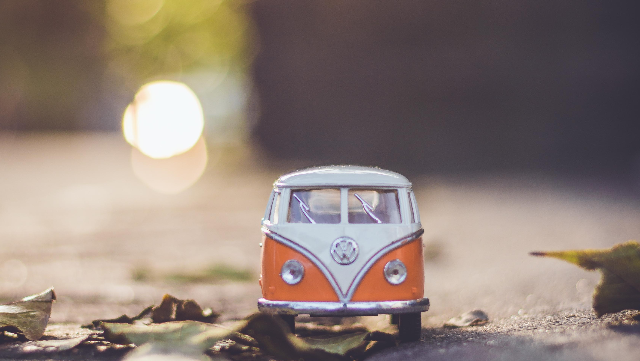 Lately, I'm thinking about one of my favorite movies, Little Miss Sunshine (2006). Amid this pandemic, I'm reminded of a particular scene, one that has stuck with me since I first watched it as a grad student. I'll get to the scene later, but first let me tell you about the film.

Little Miss Sunshine centers on one quirky—and dysfunctional—family, the Hoovers. Sheryl is the overloaded working mom, trying to keep everything stable even though nothing is. She's married to Richard, a struggling motivational speaker who's looking for his big break. He offers his annoyingly positive advice to the rest of the family, who's not having it. Dwayne is Sheryl's teenage son from a previous marriage. He reads Nietzsche and has taken a vow of silence until he achieves his goal of being a fighter pilot. Olive is Sheryl and Richard's young daughter, who has her own sense of style and aspires to be a beauty queen. Olive practices her pageant routines with her grandpa, Edwin, Richard's father, who moved in with them after being kicked out of a retirement home.

Sheryl's brother, Frank, also comes to live with the Hoovers after he attempts suicide. He's an unemployed scholar of Marcel Proust. Dwayne welcomes his uncle by scribbling “Welcome to Hell” on his notepad.

Not long after Frank arrives, the family learns that Olive has qualified for the Little Miss Sunshine pageant. Money is tight, so they all pile into an old yellow VW van to make the 800‐mile journey from New Mexico to Redondo Beach, CA.

It doesn't take long before there's a problem with the van. The mechanic can't get the part in time for the Hoovers to make it to the pageant. But, there's a workaround: If the van gets up to 20 miles per hour, then they can drive it. Throughout the movie, the whole family pushes the van until it hits the required speed, and then, one by one, they run and jump inside the van's open doors.

Here's the scene that has stuck with me for 14 years. The Hoover family is pushing the van, again. All of them, except for Dwayne and Frank, have already jumped in. As Frank and Dwayne continue to push, Frank turns to his nephew and says, “Did I mention that I am the preeminent Proust scholar in the U.S.?”

That question is really a statement. I created my own version of it that I said when I was overwhelmed. Years ago, when my oldest kid was a toddler, I struggled to juggle parenting (even with an amazing partner) with teaching, research and writing. We worked strange hours around my teaching schedule and the child care we could afford. In the middle of an ordinary but frustrating situation, I would say, “Did I mention that I'm one of the preeminent scholars of white supremacy and religion?” Then, we would laugh. I never really considered myself preeminent, so it started out as a joke. The joke, however, became a mantra of sorts for me.

During whatever trying situation I ended up in, “Did I mention…?” was a way for me to assert how important my work was to me. It was a reminder that I did have an identity separate from home and family. I was a mother and a partner, but I was also a scholar and writer, a good one even.

The pandemic has sharply reminded me of these earlier and continued struggles to juggle (as I've written in previous columns—here and here). Before the crisis, my work time was (mostly) separate from family time. Now, there's no separation for me, and maybe you too. My family is always here, and so is my work.

As I nag my kids about schoolwork, I whisper, “Did I mention that I am a darn good editor and writer?” I don't feel like an editor or writer, even as I edit and write. Home has encroached upon my whole life; I feel consumed by it.

I resent feeling this way and then feel bad about my resentment. I'm frustrated that my work that is so important to me is often subsumed by other obligations. While I sip my coffee, pondering what the day will bring, I think, “This isn't all I am.”

Now, however, I'm thinking about this scene in Little Miss Sunshine differently. I'm stuck on the broken van and the Hoovers' efforts to get it moving. They push and push and push. They have to work together or the van won't move. Frank, a preeminent scholar or not, has to push the van. All the Hoovers do. Frank doesn't get an exception. He has to do his part to help his family. His work isn't the whole of who he is. Work, of course, isn't all we are either.

Pushing the van reminds us that Frank is more than the work he does. He's a person dealing with yet another thing that is broken and trying to make it through. So, Frank helps push. Little Miss Sunshine reminded me that sometimes the best thing we can do is push. Things break, the world is broken, so we push forward one labored attempt after another.

Sometimes we try to push the van alone, but it doesn't move. We still need help from one another to move the van. We all need help. We all need other people to push with us, and they need us to push with them. We can't do it by ourselves. When we push together, we get to where we need to be and help others get to where they need to be. Pushing together is what we need right now, so let's do it.