The Past Doesn't Have to Be the Present 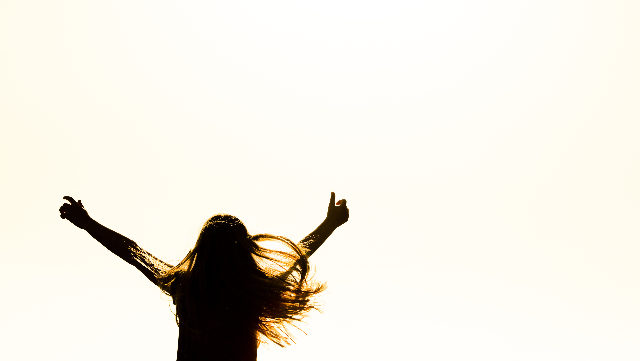 In January, I visited the Hirshhorn Museum and Sculpture Garden in Washington DC. One of the things not a lot of people know about me is that, for a little while, I wanted to be an art historian.

I'd learned to love art from the pristine glossy books of photographs and paintings read while waiting at the dentist or orthodontist's offices, the worn and dated art books I checked out from the school's library, the cheap poster prints thumbtacked to the walls of my room, the VHS tapes about artists from particular periods and styles, and the rare class field trip to museums, in which I could examine a painting, photograph or sculpture until a teacher called me away. I took several courses in art history during undergrad and even wrote my MA thesis on American art and religion.

I was drawn to art—its beauty, its history, its politics. I continue to be.

The Advantages of Being a Woman Artist

So, I took my chance to explore a museum I hadn't before. I rode the escalators up and down to the various floors of exhibits at the Hirshhorn. When I hit the lowest floor, I glanced over at the gift shop. Something immediately caught my eye: a display of bright pink T‐shirts.

I moved closer and noticed the line of black bold words scrawled across the top of the shirt, “The Advantages of Being a Woman Artist.” The line seemed familiar, but I couldn't quite place it. I quickly read through the advantages: “working without the pressure of success,” “not being stuck in a tenured teaching position,” “seeing your ideas live on in the works of others,” “having the opportunity to choose between career and motherhood,” “being included in revised versions of art history,” “not having to undergo the embarrassment of being called a genius” and more.

Each line seemed to make me wince a bit more than the last. Of course, that was the point. These advantages were not really advantages at all but a list of the barriers women artists faced. The list had no date on it; I wondered whether it was a recent list.

And then it hit me. I remembered why it was familiar. It was a public service message from the Guerrilla Girls! I learned about them in a 20th‐century art history course I took as a college senior.

Founded around 1985, the Guerrilla Girls were a group of activist artists who challenged gender and racial inequality in the art world. They were explicitly feminist, and they were known not only for their posters, but also the gorilla masks they wore to keep their identities secret. Instead, they identified themselves by relying on names of famous women artists as their pseudonyms. Since the group's beginning over 35 years ago, there have been over 55 members in the group, and they are still active today.

On their website, they document their historical actions and their more recent critiques of the gender imbalance in the art world and beyond. For example, they've taken aim at the American political system and the film industry too. They explain why they still use the masks “to expose gender and ethnic bias as well as corruption in politics, art, film and pop culture.”

In their activism, these feminist artists brought attention to the dearth of women artists and artists of color in museums and galleries. They simply tallied numbers, and the results were clear: White men were overwhelmingly overrepresented. On posters and stickers, they called out galleries in which women made up less than 10% of the collection; critics that ignored women's art; and the men artists who allowed their work to be displayed in museums that lacked representation of women artists and artists of color. They were radical and unapologetic. They demanded action. They refused to go away.

I encountered the Guerrilla Girls in the dark auditorium as my art history professor clicked through slide by slide on an ancient projector. I can remember the class's surprise at the low numbers of women in galleries. It can be easy to ignore the lack of equality until someone points it out and forces us to reckon with it. We have to acknowledge that it's a problem if we want it to be solved.

The pink T‐shirt stuck with me for months after my visit. The so‐called advantages continued to bother me. I couldn't forget what the Guerrilla Girls were pointing us to. A list from over three decades ago still felt timely. A version of it could be written right now. How infuriating and distressing.

Today, these “advantages” are still barriers for women artists and women in other industries. Women in the corporate world, in politics and in the academy. Women in the workforce overall. Women continue to face new iterations of the same problems and different problems that still need to be called out.

The more things change, folks say with a sigh, the more they stay the same. But, they don't, do they?

There's been real progress too. but sometimes it is hard to see. As Rebecca Solnit notes in her writing, what was once progress often becomes the norm. The Guerrilla Girls' public service message pointed out barriers for women. Some barriers have fallen, while others remain firm. Women activists continue to point out these inequalities and fight against them. More barriers will fall. With each barrier removed, we reach toward a world with real advantages for women, not just supposed ones. The past doesn't have to be our present or future. We need a public service message to remind us. Perhaps this is it.