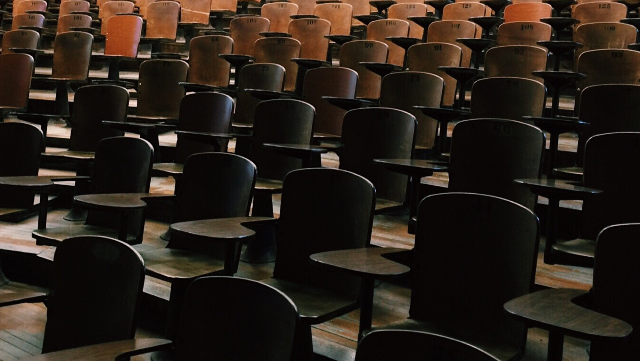 A growing amount of higher education research forecasts an imminent decline in student enrollment and warns of an impending storm on the horizon. This story of decline draws on statistical analysis of past trends rather than specific, qualitative research about the experiences of women and people of color currently enrolled in colleges and universities.

For example, the Western Interstate Commission for Higher Education (WICHE), an organization that provides strategic policy analysis and research on higher education issues, including projections for high school graduates, by state and race/ethnicity, through the class of 2032. The WICHE analysis forecasts a decline of nearly 8% in high school graduates from 2024–25 to 2028–29. Moreover, this analysis reports that the biggest decline will occur among white high school graduates: “By 2030, the number of white public‐school graduates is projected to decline by 14 percent compared to 2013.”

In Demographics and the Demand for Higher Education (2018), Nathan Grawe calls this a “birth dearth,” arguing that the drop in the birthrate of white high school graduates will inevitability result in a decline in the number of traditional‐age college students after 2025. However, this hyper focus on a “birth dearth” fails to account for the reported surge of women and people of color investing in higher education.

And yet, researchers are convinced that colleges and universities in the future will struggle to recruit students who can afford tuition and graduate. One of their main recommendations is slashing course offerings in the traditional liberal arts, such as music, modern languages and religion.

In his analysis of the University of Wisconsin and McDaniel College's attempts to eliminate liberal arts majors, Erik Kelderman, in a recent report from The Chronicle of Higher Education, argues: “But with waning demand for many existing programs and limited resources to launch new ones, college leaders may feel they have no other choice.”

Furthermore, after high school graduation, women are overwhelmingly choosing to enroll and support colleges and universities that value and mandate a strong liberal arts curriculum for all students. This reality is largely neglected in recent statistical analyses. For example, the widely cited WICHE analysis completely negates any analysis of women's graduation rates but focuses exclusively on variations in high school graduation rates by race/ethnicity and state.

Moreover, the PNPI reports that black and Hispanic/Latin female students saw the largest increase in enrollment, particularly Hispanic/Latin female enrollment, which surged from 25% to 44%. According to Tabitha Bailey and William Hussar, in their 2018 report of Projections of Education Statistics to 2026, these enrollment trends are likely to continue, with the report hypothesizing the number of bachelor's degrees awarded to women increasing by 11% between 2014–15 and 2026–27. Confirming this insight, the Pew Research Center reported that the growing gap in college enrollment will likely continue to widen as “females outpace males in college enrollment, especially among Hispanics and Blacks.”

Conversely, as more women fill college classrooms across North America, the American Council on Education predicts universities will face a fundamental crisis in leadership, since men currently outnumber women on public and independent college and university governing boards by more than two to one. Analyzing women's rapidly rising interest in women's colleges, Scott Jaschik, in a 2018 Inside Higher Ed article, argues that this crisis of leadership on college campuses is a central factor impacting women's rapidly increasing preference for women's colleges.

Whereas female leadership lags at public and independent colleges, women's colleges' boards are stacked with women, many of whom are alumni, and invested in creating a curriculum that facilitates a sense of belonging for women and minorities. As Jacquelyn Litt, dean of Douglass College NJ, explains, women's colleges insist on a set of common courses that the entire student body must take. These courses forefront the traditional liberal arts while also emphasizing issues specific to women and people of color's experiences, such as how women can bring sexual assault attackers to justice in different institutional settings or how race affects women's power to “speak out” in the face of harassment, discrimination and sexual violence.

The Importance of the Liberal Arts

Women's colleges' renewed investment in a liberal arts curriculum is specifically tailored around the needs of women from diverse backgrounds. And this is occurring as women's colleges are increasingly emerging as national leaders in the college mobility rate, which identifies the proportion of all students who come from lower‐income families but end up in a higher‐income bracket.

For example, in the state of Minnesota, St. Catherine University ranks first in women's mobility rate at 11.1, with other private colleges in the state lagging far behind at a rate of 1.1. Moreover, reinvestment in a robust liberal arts curriculum also strengthens women's interest and access to careers in STEM. For example, not only is Bryn Mawr College PA one of the top 25 liberal arts colleges graduating the highest proportion of women with STEM majors, but it also insists that all students, regardless of major, take required core courses in the liberal arts.

These statistics suggest that women's colleges' renewed investment in liberal arts curricula is not only facilitating women's success in a variety of different careers and institutional settings, but also making women's colleges leaders in student enrollment and retention.

Without critical analysis of women's enrollment and retention rates, the focus on declining future enrollments fails to account for the fact that current and incoming high school graduates value a liberal arts curriculum. These courses equip them with the requisite skills to dismantle systemic barriers hindering their mobility and advancement.

In effect, the recommendation to cut the liberal arts curriculum and present it as the only solution to the supposed impending crisis in enrollment actively undermines the needs and interests of current and future students. Cutting the liberal arts would consequently sabotage colleges and universities from recruiting and retaining successful applicants.

In the end, critical analysis of women's enrollment and retention rates suggests that the impending storm on the horizon may not necessarily be one of enrollment but one centered around colleges' and universities' treatment of women.

If colleges and universities want to survive and thrive, they will need to invest in robust liberal arts curricula with a keen eye to women's specific needs and interests. In the decade to come, college recruiters will want to highlight rather than discredit their liberal arts curricula as they face an audience that will consist primarily of women from diverse backgrounds.

Amanda Furiasse received her PhD in religion and graduate certificate in museum studies from Florida State University and currently teaches at Hamline University MN. Her research unfolds at the intersection of religion, technology and the arts, with a particular focus on how Africana dance offers Jewish and Muslim communities a historically inflected system of tools to redress the neurocognitive and psychosocial impacts of violence and trauma. She is currently working on an oral history project on religious pluralism in the Twin Cities.