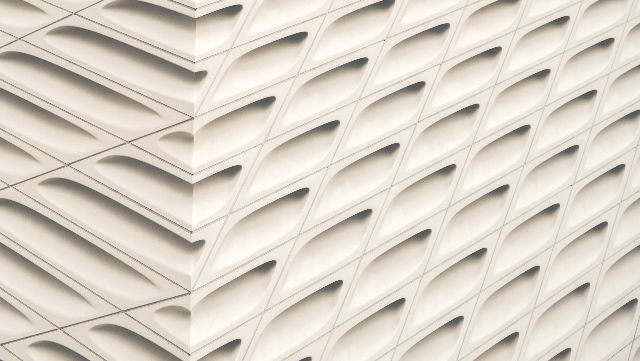 To recognize the centennial of the ratification of the 19th Amendment giving women the right to vote, the Baltimore Museum of Art (BMA) will devote its exhibitions, public education programs and acquisitions solely to female‐identifying artists in 2020. Its 2020 Vision initiative will feature 16 solo exhibitions and seven thematic shows, many of which are showcasing artists with strong Baltimore ties.

Behind the decision to feature only female‐identifying artists is the desire to “broaden and expand the canon,” says the BMA's Chief Education Officer Gamynne Guillotte. “Canons aren't permanent; they are built.”

“Recognizing” rather than “celebrating” the anniversary of women's suffrage is also a radical choice. Guillotte is quick to point out that the 19th Amendment did not change things for all women.

“There were lots of women left out of it” based on their race, class or immigration status, she says. “We're here to have a series of conversations” around the topic.

Founded in 1914, the Baltimore Museum of Art is located adjacent to the main campus of Johns Hopkins University MD. The museum regularly partners with students from JHU's Museums and Society Program.

Not a traditional museum studies or curator program, Museums and Society looks at how cultural organizations such as museums are instrumental in building civil societies. Through a series of practicums, JHU students are doing research on interpretations of the initiative's works of art.

Students are “potential end users” of the information, says Guillotte. They bring a perspective “we can't see,” she says.

Guillotte, who oversees education and interpretation, has been with the museum for eight years. With a background in art and architectural history, she came to the BMA for a more “mission‐aligned” position after stints in a commercial art gallery, noncollecting museums and an architectural firm.

A Year of Diversity

The BMA began the initiative in October 2019 with an exhibit on “American Women Modernists” featuring works from Georgia O'Keeffe, Marian Martinez and Elizabeth Catlett. In November 2019, it welcomed a large‐scale installation from Mickalene Thomas, who was commissioned to transform the museum's two‐story lobby into a “living room for the city.”

In December 2019, the museum hosted “The Necessity of Tomorrow(s): Future Histories,” a conversation with Nikole Hannah‐Jones, the author of “The 1619 Project” published in The New York Times Magazine. Joining her were activist/art collector Pamela Joyner and artist Zoe Charlton of American University DC, whose work encompasses drawings, collages and animations.

The event was organized in conjunction with “Generations: A History of Black Abstract Art.” Studio craft also had its spotlight over the holidays, with two shows featuring embroidery, ceramics, jewelry and beading.

In March 2020, the museum launches a major opening of the work of Candice Breitz, a South African–born artist who uses video as a medium to interrogate contemporary media and humanitarian issues. Her work reflects on “privilege, visibility and shrinking attention spans in an information economy that fetishes celebrity and thrives on entertainment.”

In April 2020, the BMA will host actress, playwright and professor Anna Deavere Smith as the inaugural speaker for JHU's “Billie Holiday Project for the Liberation Arts.” The project seeks to “foster organic links” between the school and Baltimore's “historic African American communities.”

Because most museums' permanent collections tend not to rotate their displays, the BMA is shaking things up, reenvisioning and reinstalling the Contemporary Wing to feature a variety of solo shows. The museum owns some of the works; others are on loan from private and public collections.

Zackary Drucker, whose self‐portraits celebrate the trans* community and who also photographed Rosalyne Blumenstein, director of the Lesbian and Gay Community Services Centers' Gender Identity Project, will have her work on display. In a show in the American Collection, nine beaded artworks from 19th‐century Lakota women feature American flag imagery.

This summer, in “Women Behaving Badly: 400 Years of Power and Protest,” viewers will find 80 prints, photographs and books representing female power and protest in European and American art. The exhibit will feature archetypes that put “female agency in a negative light,” along with representations of women performers, authors, public intellectuals and activists.

Many of the exhibits intentionally place a lens on ethnicity and diversity. The exhibition “A Perfect Power: Motherhood and African Art” explores how motherhood in central Africa is key to group identity and moral order.

“Most traditional African art in museum collections is made by men,” says Guillotte, so that's what museums collect. For this exhibit, the BMA is showing work from artists who used maternal imagery that conveyed both authority and status.

In the fall, the museum will feature a monographic survey of painter and printmaker Joan Mitchell. The retrospective show will include pieces from her early days in New York, as well as larger works from her life in France later in her career.

The decision to solely emphasize women across the museum is one “not without controversy,” says Guillotte. “It's a bold, declarative statement.”

Feedback from the announcement and initial shows has been overwhelmingly positive, even for the museum's decision to acquire only women‐made works this year. Explaining that exhibitions are usually here today and gone tomorrow, Guillotte says acquisitions are “the part that's the most exciting and the most contentious.”

What a museum brings into its collection stays. That's what is driving both the excitement and the trepidation.

The BMA has set aside $2.5 million for acquisitions. Curators will seek to acquire objects across every “genre, style and medium in every collecting area,” Guillotte says.

The museum currently has 95,000 objects, but 1,050 women artists and designers made just 3,800 of them. The new acquisitions will seek to “rebalance the scales,” Guillotte says.

The BMA's history does include a number of women who have shaped its legacy. There are three wings named for women; the Cone sisters bequeathed the BMA a significant collection of modern art.

It was a female director, Adelyn Breeskin, who served from 1942 to 1962, who was instrumental in securing the Cone Collection. The sisters Dr. Claribel and Etta Cone were “foundational figures in the history of the institution,” says Guillotte.

The two spent their family's fortune (made producing denim and cotton during World War I) traveling through Europe collecting. “They were extraordinary and visionary sisters who had an eye for art,” she says.

Their collection formed the basis of the museum's Modern Art Collection and includes the largest number of works from Henri Matisse in public hands in the world. As part of the 2020 Vision initiative, Breeskin is honored with an exhibit celebrating her acquisitions and career.

The BMA expects the year to make many types of history. “I think our numbers will be strong,” says Guillotte.

As museum goers stroll through the exhibits, they may wonder “Why is it I'm only hearing about some of these artists now?” If so, Guillotte and the rest of the museum's staff will have accomplished what they set out to do.