The Risk of Not Taking Risks 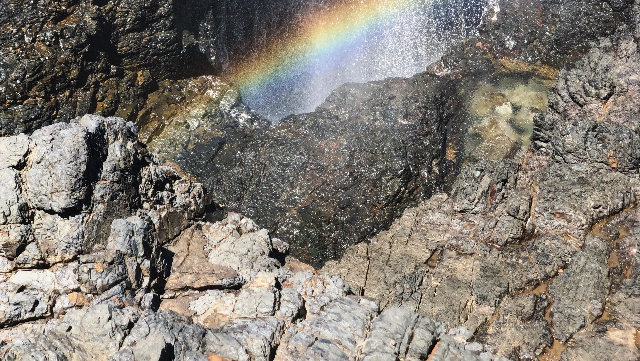 I'm guessing that many WIHE readers are familiar with the idea of the inner critic—that voice that lives in our heads who is just no fun. They criticize everything we do, are prone to exaggerating (“You never do anything right!”) and get particularly testy when we even consider the possibility of stepping outside of our comfort zones (“What?! You can't do that. What will people think?”).

I'm an overachiever in this department because I don't just have an inner critic—I have an inner criticism committee. In my defense, I do work in higher education, and we love our committees, right? Yes, there's an entire group of people who gather together in a circle of armchairs, all holding clipboards with lists of my bad behaviors. (Note: “Bad behaviors” include such terrible things as having an opinion, speaking truth to power and saying “no.”)

I tweeted recently about these tiny people who live in my head, or better put, about my realization that the habit of picturing everyone in my life getting together to talk about me is not accurate. The night before my tweet, I'd been rolling around on the floor, whining to my spouse.

I'd been working for a couple of weeks (a couple of weeks built upon years of hard work) on a possible new venture that would require me to take some risks—not huge risks, but risks nonetheless: with my time, attention, financial situation, energy and the work I'm choosing to put out into the world. I wasn't becoming an astronaut and moving to Mars. But it was definitely outside of the aforementioned comfort zone limits that my internal committee is constantly policing.

Play Small or Take a Risk

“I don't know what to do,” I moan‐whined. “I want to try this, but it's so scary and awful. What will they say? What if it bombs? I should just not do it, but then I'll grow old, regret not trying and die.”

Play small and safe? Play big and risky? Those were the two options I allowed myself, which is why I felt as if I was being pulled in both directions like a piece of grown‐woman taffy.

Then, because I've done a lot of self‐reflection and personal growth work in the past decade, as well as listened to approximately 100 episodes of Oprah's Super Soul Sunday, my higher mind kicked into gear. “You know what the worst part of this is?” I asked. “I'm so scared of what everyone is going to think, but no one is actually thinking about me. It's not even real.”

The next day, I summarized it all in a tweet: “The worst part about worrying too much about what other people think is that no one's actually thinking about you.” It's been one of my most popular tweets ever in many years of using social media. Apparently, I'm not the only one with a committee. In fact, it seems like a lot of us are avoiding risks because we're afraid of what others might think, despite the fact that no one is really thinking about us at all. They're all thinking about themselves.

I don't mean this in a bad way. Of course, we think about others quite often, but the idea that people are ruminating on how much we stink at our job, how awful our writing is or how dumb our last tweet was? Well, I don't think they're doing that; I know I'm not. I'm too busy cooking up big dreams and then being too scared to pursue them.

The popularity of this tweet got me thinking about risks: the ones we take, and the ones we don't, and how even playing small and safe comes with a price tag. If we listen to the committee and avoid taking the risk, whether it's to make the move, to take the job, to start the business or to leave the relationship, we're making an assumption that playing small will guarantee us safety, but is that even true?

Because the Indigo Girls always know when to show up, in the midst of my self‐reflection on risk, and after asking Alexa to “play '90s singer‐songwriter music,” I listened to “Closer to Fine” for the thousandth time, but also as if it was the first time. When Emily and Amy sang, “I sailed my ship of safety till I sank it,” something in my brain finally clicked.

My God, I thought, no matter how safe I think this ship is, no matter how much I try to sail around risks, I might still sink. We learned the hard way that there's no such thing as an unsinkable ship, right? And if that's the case, if playing safe doesn't guarantee safety, then why not at least go down swinging?

I don't know if I'm going to jump ship just yet and dive into the waters of a new career adventure. I have time to think about it, and the ocean isn't going anywhere. I do know that any decision, whether to stay or go, to try or not try, involves risks on both sides.

Risk is the entrance fee for being alive; trying to avoid it is wasting precious, limited energy.

What if instead of avoiding risks, I start to focus on accepting them, and doing what I want, whether I'm terrified or not? It seems to me that our world is in desperate need of trembling voices that speak their truths, even if their voices are shaking. What if when that committee starts harping on me, I talk back?

I know enough to know that while I've inherited the criticism committee, I didn't give birth to them. Patriarchy rests on the backs of women turning away from themselves and playing small.

As I grow older, perhaps I'm becoming more willing to face the mirror and seek a true reflection of my work and worth, not one that's been planted in my head by four decades of indoctrination into how good girls should behave. And while I didn't create the tiny people in my head, no one else is going to deal with them. They're all too busy managing their own inner critics. Nope, these tiny people are mine and mine alone.

By bringing them into the light, writing about them and talking about them with others, my hunch is that they'll get smaller and smaller. Until maybe, one day, they finally float out to sea for good, leaving me to sail this ship, my ship, wherever the risky winds of life will take it.