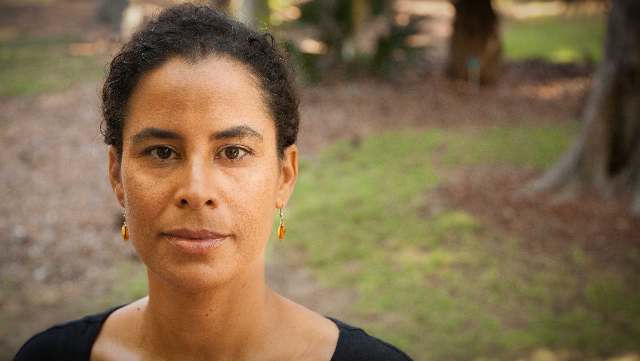 Dr. Kelly Lytle Hernández was already an award‐winning author, scholar and academic, but in September 2019 her career took another step forward when she was named a recipient of the prestigious MacArthur Fellowship from the John D. and Catherine T. MacArthur Foundation. Known colloquially as a “genius grant,” the fellowship recognizes Lytle Hernández for her work around race, immigration and mass incarceration.

“It's an enormous responsibility,” says Lytle Hernández, a professor of history, African American studies and urban planning at the University of California, Los Angeles. In the weeks following the announcement, she actually felt uncomfortable, but in attending conferences and speaking with female faculty and young faculty of color, she saw how it resonated.

Lytle Hernández did her undergraduate studies at UC, San Diego. After a course in ethnic studies, her mind was on fire about inequity, structures, history and how the crises of our contemporary moment have mounted over time.

“I was that undergraduate who would hang out in the library over the weekend and read old texts by Martin Luther King Jr.,” says Lytle Hernández. “I learned so much about rhetoric, social movements and incorporating the voices of people you work with. What I understood about myself was that I loved inquiry, and I needed to be doing something that is inquiry‐based.”

She earned a PhD in history at UCLA in 2002 and was awarded a UC President's Postdoctoral Fellowship, a program designed to diversify the faculty. Lytle Hernández says fellowships such as that aren't about singular achievements, but rather the opportunities that have been made available.

Lytle Hernández defined her own place in the academy—working with first‐generation, formerly incarcerated and undocumented students. In teaching and learning with them, she's had the opportunity to gauge the world in which we live and shape her research agenda.

Her work sits at the intersection of immigration and mass incarceration. She examines the apparatuses—deportation and incarceration—that have been created to manage mobility and freedom. After her MacArthur Fellowship was announced, NPR called Lytle Hernández the “rebel historian,” a scholar who is pressing the boundaries of what's possible. She says the fellowship acknowledges the importance of seeing those stories and helping the research move forward in collaborative ways and with solidarity.

Her work is about “building movements to end mass incarceration and mass deportation with a deep historical understanding of how we got to this moment.”

She is the author of the prize‐winning books Migra! A History of the U.S. Border Patrol (2010) and City of Inmates: Conquest, Rebellion, and the Rise of Human Caging in Los Angeles, 1771–1965 (2017). Lytle Hernández is also the director and principal investigator of Million Dollar Hoods, a university‐based, community‐driven research project that maps the fiscal and human cost of mass incarceration in Los Angeles.

In taking on these subjects, she has built what she calls a “rebel archive” by finding ways to reconstruct historical records of the Los Angeles County Jail and Sheriff's Office. This was done with records from public health services, the courts and city council, as well as activists, community members and incarcerated individuals.

“I am a tenacious researcher,” says Lytle Hernández. “When I first started [City of Inmates], there really seemed to be no way I could write it. The two sources of archival material that should have been available to me, the historical records of the Los Angeles Police Department and the Los Angeles Sheriff's Department, the two organizations responsible for running the local jails, had both destroyed the vast majority of their records or were not going to make them available and had denied my requests to see their records.

“That denial lit a fire inside of me,” she continues. “I started knocking on all the back doors to the jail system here in LA. Everyone who'd ever set foot inside the local jails, I went and tracked down their records. Through that process I accumulated the ‘rebel archive,’ which are the documents of the people who fought incarceration and the documents that survived police destruction.

“This concept of the rebel archive is specific to this story, but it's also more generalized about how we find and lift up the records that were not saved or where intentionally denied to the public. I've had to litigate and negotiate for records. I've had to go to very unexpected places all around the world to get stories about Los Angeles. In doing so, I found a far more capacious story than anyone expected.

She hopes the increased exposure her work is now receiving helps others in the academy be brave and courageous. For those working at public institutions, “We are the people's think tank, and we have obligations to the people of our various states and communities to provide research that can help improve the conditions of life today,” says Lytle Hernández, who hopes her research will lead to creative solutions in addition to criminal justice reform to end mass incarceration.

Lytle Hernández is halfway through a new book on the Mexican Revolution (also known as the Mexican Civil War), which she hopes to get done before the end of the Trump administration. She feels there is so much resonance with the Mexican Revolution and the people who helped create it from the United States, particularly undocumented Mexican immigrants who sparked it from this side of the border.

It was an “authoritarian regime they were fighting against,” she says. “My goal is to get this next book out of me at this historical moment.”

MacArthur fellows are chosen based on three criteria: exceptional creativity, promise for important future advances based on a track record of accomplishments and the potential for the fellowship to facilitate subsequent creative work. The fellowship comes with a $625,000, no‐strings‐attached award. Lytle Hernández has not yet decided how to utilize the money.

“What I have needed for several years is more space and time to write,” says Lytle Hernández. “The kind of work I've been doing in the last couple of years—Million Dollar Hoods, in particular, a big data project and group, community‐based project—has been so rewarding and required so much of my time and attention that it has been hard to find those quiet spaces to be able to reflect, write and do more of the historical work that really is so close to my soul. My first identity is as a historian.”

“What that means, I'm not sure,” she continues. “It's going to take me a little time. I need to get a little bit of time away, so I can think about how I'm going to get time away.”