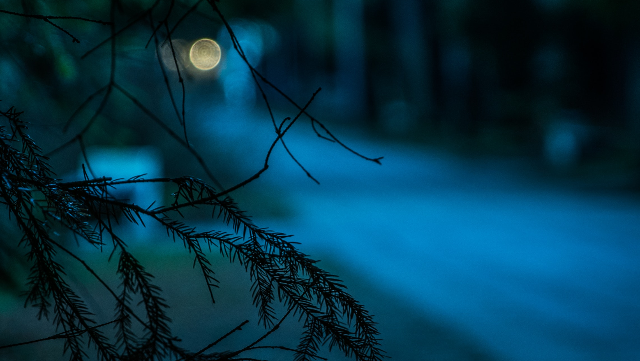 Last November, I attended an annual conference of religious studies scholars, which I’ve attended on and off for the 17 years I’ve been a member of the sponsoring organization. It’s still my guild all these years later. But the 2018 meeting was the very first time I attended and didn’t care what people thought of me.

I wasn’t on the academic job market; I won’t be again. I didn’t have anyone to impress.

My goal for the meeting was simple: I would present my papers and talk to a workshop about how to become a public scholar. I also planned to reconnect with friends and visit Denver’s aquarium. (I love aquariums.)

It was going to be easy, I assured myself, I just had to show up for panels and drink way too much coffee. That was all.

What I wasn’t entirely prepared for—but should have been—were all the people who caught me in the hallways, after panels or even in panels, during coffee breaks, over meals and at the few receptions I attended to talk about my current career. They wanted to know exactly how I accomplished it (from religious studies PhD to editor of WIHE in five easy steps!). They wanted to talk about my success. Somehow, I had been deemed a success without exactly knowing who made these kinds of decisions.

After all, I seemed to have made it. I have an alt-ac job, a job adjacent to—but not in—academia. Advisers, departments and institutions have finally (maybe? supposedly?) decided to pay attention to how their students can get these kinds of jobs, especially considering the remarkably dire job market in the humanities. (It’s been dire for a while, friends.)

I usually don’t mind talking about my career to folks who are considering taking a similar leap. I let them pepper me with questions, even as I gently explain that there’s no easy way to get an alt-ac job. There are no five steps that make a job appear.

Yet, folks still assume there’s a magical way into a new job and success. And at the conference, strangers only wanted to discuss my successes, not the winding, wayward path that sometimes leads to success but often doesn’t. Suddenly, I was worth their time and attention. It was bizarre, and I assumed all the intense attention to success was a fluke. This couldn’t be all folks were interested in, right?

But each declaration about my supposed success piled up until I wanted to start flipping tables. The tables at the convention center were too heavy to flip. Maybe I tried to lift one. My “successful career” soon became a repeated conversation I began to dread. So, I figured out the pattern of these conversations and learned when to nod, smile and exit the conversation as quickly as possible.

It wasn’t only strangers who were fixated on my success.

I attended my alma mater’s reception. And another strange thing happened: Faculty—who seemed to have forgotten that I ever existed—found me worthy of their attention. They greeted me enthusiastically with a “You’re so successful now” instead of the standard “hello.” They wanted to hear about my job and my books while also trying to explain my own work to me. They wanted to know if my career path was replicable, a blueprint that anyone, really, could follow. They wanted me to explain in five easy steps how their students could do it too. Because if I could do it, anyone could, right? After 10 years of indifference, or perhaps, avoidance, these faculty decided I mattered. They saw me as a role model for their current students. I became a success story, not a person.

Granted, from the outside, my career might look like an alt-ac success story. I’m the editor of WIHE. I have clips at great newspapers and magazines. I’ve written a few books; some have won awards. I seem to have it together, whether I do or don’t. (I don’t entirely.) My story seems to have a happy ending, so folks assume my story is a happy one without considering it might not be.

Being successful was all that mattered to some academics. So, I only mattered when I succeeded. All the failures, misfires and thwarted opportunities were overlooked, as well as how I struggled—for three years—to build a career outside of the academy. I learned more from my failures than my successes. Success was, at best, a byproduct of work and luck. It wasn’t all that defined me.

Who wants to talk about struggle and failure when you can bask in the glow of success instead?

I wanted to talk about struggle and failure. I also wanted to scream at them: Success is not who we are! It’s only a fraction of what we do. What we accomplish, or don’t, isn’t all that defines us. We are so much more than our successes. We each have beautifully complicated and contradictory lives that can’t be labeled easily as simply success or failure. We are more than the stories people tell us about. Each of us matters, whether we are “successful” or not. I wish academia recognized that.