Bringing Indian Cinema to Life in the Classroom 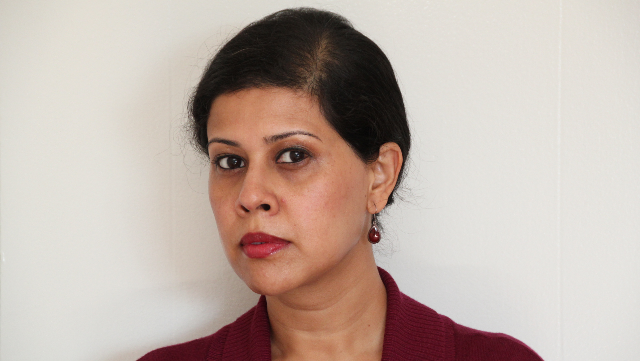 There is increasing interest in films from South Asia, and Priyadarshini Shanker finds great satisfaction in giving her students insights and context. During the fall semester, she taught a film history seminar, Indian Cinemas, as guest faculty at Sarah Lawrence College NY.

In the years after she earned a bachelor’s degree in media studies at Patna University and a master’s in mass communications at the Mass Communication Research Center at Jamia Millia Islamia, both in India, Shanker was involved in film production. She spent three years in New Delhi working on independent documentaries, low-budget feature films and television.

After coming to the United States to pursue a master’s in cinema studies at New York University, Shanker’s focus has shifted to studying and teaching.

Shanker is currently a doctoral student at NYU, hoping to complete and defend her dissertation, tentatively titled “Women and Moving Images: Bombay Cinema and Beyond,” in 2020. In addition to examining the representation of women, she will focus on women filmmakers in contemporary Bombay cinema and the relationship of women cinephiles and Bombay cinema.

“Many cinema studies programs now are keen to offer courses on cinemas of the global South and particularly Indian cinema, given its rich history and robust output,” says Shanker. “In my classes, I do a decade-wise historical survey of Indian sound cinema (talkies) post-1931. The course moves chronologically through the decades to the contemporary period. My emphasis is to provide a political, economic, social and cultural background to the universe of these plural film practices.”

Her students at Sarah Lawrence are predominantly female or non-gender binary, which makes for interesting questions about gender identity in films. When she brings those issues to the classroom, vibrant discussions unfold.

“I find that students who are grappling with questions of identity bring an intellectual rigor to their discussions and assignments that is very stimulating,” says Shanker.

In addition to academics, Shanker has branched out into curatorial work. She’s co-curated two film festivals, the India Kaleidoscope Film Festival (IKFF 2016 and 2017), with the India Center Foundation (ICF), and single-handedly curated a film series, “Cinema Playhouse,” at the Museum of the Moving Image. For her first festival with the ICF in 2016, Shanker was one of five female curators.

“That really led to a very interesting work dynamic and shared intellectual and cultural concerns, which were very often centered around questions of gender,” Shanker notes. “Having worked with documentaries and low-budget features in India, I strongly advocate for the showcasing of independent, low-budget, regional cinema.”

“My idea in selecting films for the debut film festival was very much to showcase films that typically do not even earn a place in the film festival market,” she adds. “I wanted to pick films that were from remote corners of India, and I think we succeeded at that. We showed some scintillating debut work from female filmmakers, and we went on to strengthen this mission in the second round of IKFF in 2017.”

Shanker presents at annual academic conferences, including the Society of Media and Cinema Studies and the American Comparative Literature Association Conference, for which the focus is cross-cultural literacy, cinema and other media texts. The latter uses a seminar format, which Shanker really enjoys, because it allows her to engage with the seminar participants over a one-to-two-day period.

After completing her doctorate, Shanker hopes to find a full-time position in academia because she thrives on teaching. Her experience working in the film industry in India enables her to bring distinct insights to her students.

There is a diverse demographic among the students studying Indian cinema. Six out of the 15 students in her seminar at Sarah Lawrence are of South Asian descent. Several had considerable exposure to Indian cinema because their parents watched it. Other students have had little or no exposure but bring great curiosity.

“They’re coming from very different places in terms of their exposure to the material, and that makes the conversations very rich,” Shanker says. “There’s quite an interesting dynamic in the class. I’m somebody who believes in the discussion format, both peer-to-peer discussions and group discussions.

“The seminar format really suits me, because we sit in a circle and I see my role as a facilitator or moderator,” she continues. “I give them space to find their own solutions in their discussions. Because they are grappling with questions of identity, those often overlap in the discussions that they have about the film material at hand.

“The fact that they can see even in these films that are historically distinct from the moment they are living in … some personal connection and resonance, that really enthuses me in terms of teaching them. I always situate the films in their political, social and cultural context to foster understanding of how they created meaning historically.”