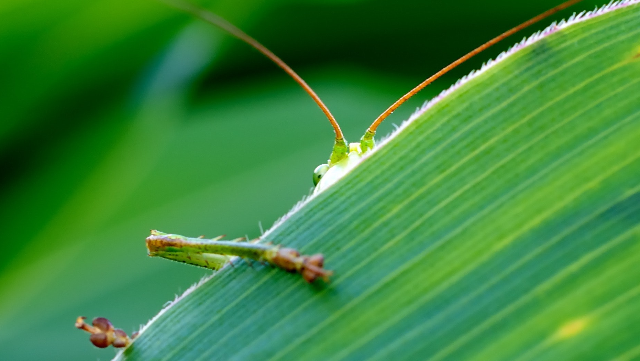 About a month ago, a producer of a new podcast emailed me to ask me to participate in a show on zombies. This isn't as strange of a request as it first seems. I've written a short book on zombies, and I'm writing a longer book on zombie apocalypses in American culture. I give lectures on zombies at colleges and universities nationwide and interviews on the topic for other podcasts and radio. I'm an expert on zombies—even more bizarrely, a well‐known one.

So, I jumped at the chance to be on this podcast. The producer explained that my participation might be for background information or that I could even appear on the show. At first, I was hyped. I couldn't wait to have the initial call with the producer to talk about the show's angle on zombies and to figure out how my own work would fit in. Our initial call was fun. I answered questions. I joked about how all zombie films are alike. I offered my take on these monsters based on nine years of research and writing.

“Just be yourself,” the producer said to me about the recording session—the next day—at a nearby radio station. I just had to rely on my knowledge. How hard could that be?

I've got this, I told myself.

Minutes after I finished the call, dread overtook me. I began to wonder if I was really the right person for the show. Weren't there other more qualified scholars to talk to? What if I didn't know enough about zombie films in the contemporary period? I hadn't watched every film made after George Romero's Night of the Living Dead (1968), had I? There are hundreds of zombie films. There was no way I could get the comprehensive knowledge I thought I lacked in a little over 24 hours.

I tried anyway, going back through my notes and previous writings, reading up on some of the films I missed and creating even more notes to take with me for the interview.

As the interview creeped closer and closer, I got nervous and shaky. Should I cancel the interview? Could I? Maybe I could still. No, I couldn't. But I knew the producer would soon know what I already knew: I was an impostor, not an expert.

Now, logically, I knew I was an expert, even if I didn't feel like one. After all, I've been working on this topic for nine years. One book down, another left to go. Yet, I couldn't shake the feeling that this was the moment that everyone would know I've always been a fraud.

What I was suffering from—with all the anxiety and doubt—was impostor syndrome (IS), which has plagued me for most of my life. In 1978, clinical psychologists Dr. Pauline Clance and Dr. Suzanne Imes created the term “impostor phenomenon” to describe behaviors they noticed in high‐achieving women. Now, it's usually called impostor syndrome, and it's not limited to women.

According to Psychology Today, IS is “a psychological term referring to a pattern of behavior where people doubt their accomplishments and have a persistent, often internalized fear of being exposed as a fraud.” Those who suffer from it are sure that they somehow don't deserve what they've accomplished and assume that other people imagine them to be better than they are.

IS is the lurking fear and anxiety that at any moment you'll be found out to be not as qualified, talented, smart, competent or good as people think you are. Most people don't experience it all the time: It's situational and contextual. Some things we can do with confidence. Some things leave us convinced that we are talentless hacks, skating by until we are found out.

I already knew I was a talentless hack.

My fear of being a fraud and my already anxious brain led to me becoming a sweaty, nervous mess before my interview. I was convinced I would only sound stupid. And yet, I did the interview, because I had some help.

A friend gave me a pointed though encouraging pep talk via text. He reminded me that I am an expert and that the producer wouldn't have reached out if they didn't want my take. My partner made me a histogram to show the number of zombie movies by decade. Having more data soothed me. My oldest kid made a slideshow with funny pictures of our cat to distract me from the interview.

But, mainly, I coped. I struggle with doubt about my abilities and anxiety almost every single day. Sometimes I feel like a fraud no matter what I've accomplished. I wait on the precipice—knowing that I'll be found out eventually—and that folks will be disappointed that I'm not what I seem. Neither doubt nor anxiety ever really goes away. I still have doubt and anxiety about every public lecture, every interview, every essay for a new audience and every book I write. I assume that I haven't been found out yet, but I will be soon.

And yet, I've learned to cope. I've learned to manage. I can't stop doubt or anxiety, but I can't let them take over my life either. I might think I'm a fraud, but I still do my work. I fake a confidence that I never quite feel. While I seem to have it together, I struggle with IS and anxiety each day. I don't let them win, and you don't have to let them win either. You are amazing, even when you might not think so. I know it.