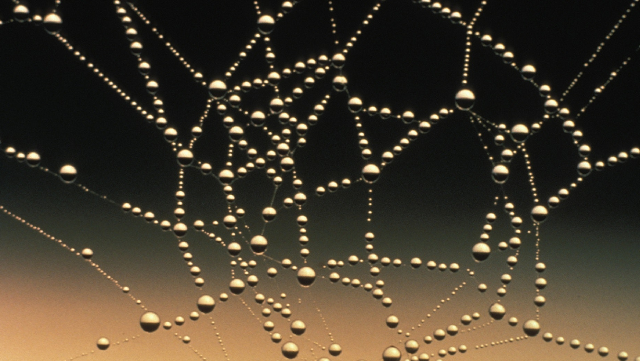 On my birthday, in August, an essay on sexism in the academy was published in the online version of a prestigious magazine. It appeared again and again in my Twitter feed. The article piqued my interest. Of course it would. I'm the editor of this newsletter about women in higher ed, and I also wrote a book, Sexism Ed, about higher ed and sexism. I wrote a column about this particular topic for three years at Chronicle Vitae, as well as for WIHE. My job is to document and write about the sexism that pervades higher ed.

So, I read the article, which does a good job of laying out the many challenges women scholars face as they try to get tenure. And then I turned to the endnotes—the citations—to see whose work was cited. I scrolled down the notes and realized my book wasn't cited.

Now, I try not to care whether folks cite me (or not) in their work. My work will be omitted. That's inevitable.

At first, I brushed off the omission. I wanted to be generous and kind while giving the author the benefit of the doubt. It was just an accident. I reminded myself that neither scholars nor journalists can be expected to cite all the articles or books on a particular topic. There are too many books and articles to choose from, so, at some point, we stop reading to actually start writing. Also, we can make mistakes and miss work that can be included. We're all fallible after all.

But then I became increasingly unsettled. After all, I've written one of several books on the topic. And still, I tried to underplay what happened. I did what was expected of me as a woman to not take offense where I probably should and move along.

Mine was not the only omission; leading feminist theorist Dr. Sara Ahmed's work was also not mentioned (though her resignation from an academic post does appear as a case study in the piece). While I was curious and increasingly uncomfortable about my book being overlooked, I was downright shocked and angry that Ahmed was left out. Her groundbreaking work analyzes sexism and racism in the academy and deeply influences my own. I couldn't have written Sexism Ed without reading her work. I've cited her again and again in both the book and my essays.

Again, I wondered how and why this lack of citation happens. And then I promptly felt bad for getting stuck on the omission of my book. Why was I being a jerk about something so small, so insignificant? Why couldn't I just get over it? Why was I bothered at all? Why was I so angry that Ahmed wasn't cited? Why was I so frustrated?

This wasn't something small, though, was it?

The more I thought about it, the larger the issue became. For better, or, likely, worse, citations hold sway in academia. They determine scholarly reputation. They identify whose work matters and has significance. They offer prestige in what is clearly a prestige economy. Citations matter.

I know this and try to practice it in my own writing. I cite other scholars’ and writers’ work because it is good scholarly and writerly practice. Citations give credit where credit is due. They show what influences our work and who we are thinking with (or, possibly, against). Citing scholars gives them credit for their own work and its impact on mine. I also hope readers of my book will look at my citations and read the work of the scholars who influenced me. Their work is useful and important. It deserves to be highlighted.

I cite them because I should.

Our work is never composed of only our ideas, research and writing. Our work is never ours alone. It is always dependent on other people: their ideas, their analysis and their scholarship. We should be honest about that.

Citation is also a deeply political act. Ahmed has even written about the politics of citation and the keen importance of citation as a feminist practice. In “Making Feminist Points” on her site, Feminist Killjoys, she writes that citation is “a rather successful reproductive technology, a way of reproducing the world around certain bodies.” Since academia still revolves around white men, academics still tend to cite white men.

Who we cite matters because citation reproduces the inequalities in our disciplines or scholarship, as well as the larger world. Our citations can affirm the white supremacist patriarchy of the academy. Or citations can function as a powerful corrective; they can counter inequality rather than maintain it. Our citations can be a feminist revolt.

So, our citations tell what and who matters to us. They reveal our politics, sometimes unknowingly, to those who encounter our work.

Since citation is a political act, not citing another's work is as well. Omissions matter as much as citations.

Citation, as Ahmed reminds us, reproduces the world, all of its faults and flaws, but it doesn't have to. It can be revolutionary. It can be the intervention we need, a path to other possibilities and a different world. Don't we want a different one?