Beauty and the Bias 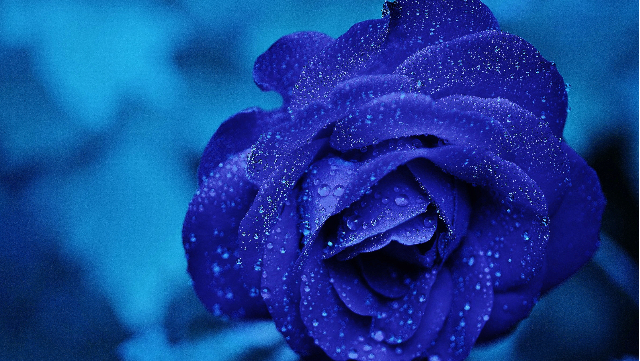 Beauty is often considered to be in the eye of the beholder. But who gets to define what's beautiful? For some, beauty is the whole package: personality, contributions to others or society, and looks. For others, it's all about how people look.

Even in these so‐called enlightened times, beauty is significant. We run pageants to pick the most beautiful woman in each state, America and even the universe; babies and toddlers are enrolled in competitive contests.

With this emphasis on beauty, there's a downside for attractive, professional women. Even if they are highly capable, beautiful women aren't the most successful in the workplace.

Beautiful women engender feelings of “sexual insecurity, jealousy and fear” among both women and men, says Dr. Leah Sheppard, assistant professor of management in the Carson College of Business at Washington State University. Many think they use their looks as an advantage or to get ahead.

New research from Sheppard, along with Dr. Stefanie Johnson, associate professor in the Leeds School of Business at the University of Colorado Boulder, confirms that beauty is a two‐edged sword. The two women studied the impact that looks have on the trustworthiness and truthfulness of attractive women in the workplace.

While their research isn't the first to show such results, it's still surprising. Given the decades of feminism and a multitude of examples of gender stereotypes, many still believe attractiveness is seen as a measure of capability and worth.

Sheppard, the lead researcher, grew up an hour from Toronto. Although she had intended to go to law school, during her first year at the University of Western Ontario Sheppard discovered she loved psychology.

Committing to a master's degree, she jettisoned the idea of a legal career for one as an academic. She earned her master's degree in industrial psychology at UWO.

Sheppard received her PhD from the University of British Columbia in organizational behavior and human resources. Her research interests focus on gender inequality and stereotyping in organizations and how it impacts women leaders and entrepreneurs.

“I loved learning about people's behavior and loved being in school,” she says. “One thing led to another and soon you're doing a PhD.”

The job market brought her to the United States and to WSU. She is up for tenure.

The connection between attractiveness and manipulation is as old as time. In Homer's epic poem The Odyssey, the beautiful Circe, considered the goddess of magic, seduces Odysseus, who is unable to return home and to his wife for a year.

Additionally, we've been socialized to give more of our attention to attractive co‐workers, supervisors and leaders. We're also conditioned to believe that because they are attractive they have few or no problems.

“Highly attractive women can be perceived as dangerous,” says Sheppard. “That matters when we are assessing things like how much we trust them and whether we believe that what they're saying is truthful.”

Call them vamps, man‐eaters, sirens or “femme fatales”: Does the stereotype of an attractive woman hurt her capability in the workplace? Are attractive women seen as less trustworthy, taken less seriously and at the top of the termination lists over less attractive female colleagues?

Sheppard and Johnson conducted a series of six tests using student subjects at both WSU and UC Boulder to test their hypotheses. Each test focused on one variable, such as career fit or “sexual security.”

They used Amazon's Mechanical Turk, an online crowdsourcing platform, to rate the attractiveness of images culled from a Google search for “professional woman.” All of the selections were Caucasian with brunette hair.

Subjects were asked to read a faux newspaper article about layoffs in the community. The first four studies then had them rate the truthfulness of both women and men announcing the layoffs.

The results were the same whether or not the faux layoffs were taking place in the masculine tech industry or in health care, an industry generally considered more feminine. For attractive women, participants believed “the rate of truthfulness was lower,” says Sheppard.

Study participants believed the more attractive the women were, the more deserving they were of being fired. If the woman delivering the “news” was the company's leader rather than a public relations specialist, she was judged to be less effective in leading the organization than a man.

In the fifth study, Sheppard and Johnson utilized a “sexual security” prime. They asked participants to think and write of a time when they felt they were in a secure relationship with a committed and faithful romantic partner.

“Those primed to feel sexually secure ended up thinking attractive women were as truthful as less attractive women,” says Sheppard. The researchers also employed a “general security” prime that had participants recall and write about a time when they felt good about themselves.

The last study primed some of the participants to be sexually secure and others to feel sexually insecure. Then, both groups were asked if the attractive woman should be fired.

The Burden of Stereotypes

“For a lot of people, it's what we expected,” says Sheppard of the results. “We all sort of know it on some level, but we don't want to talk about it.”

Unfortunately, we need to talk about it. Right now, the burden of addressing the problem falls on the attractive woman.

“Many people are unwilling to believe that beautiful women are being stereotyped in this way,” she says. These women have to work a bit harder to build trust, and it will take a bit longer for them.

Don't feel sorry for your glamorous gal pals, however. “Attractive individuals, regardless of gender, will fare better over a lifetime than less attractive ones,” says Sheppard.