Risks and Rewards of Doing Work in Public 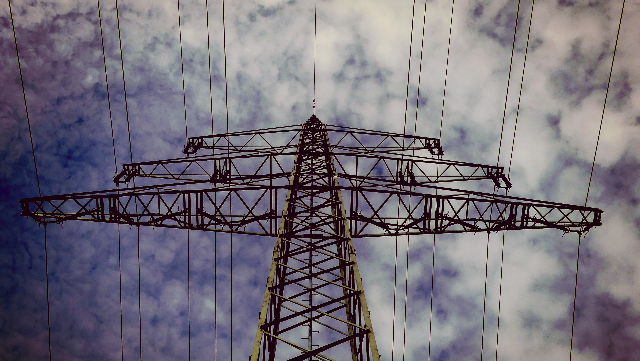 Recently, I attended Digital Pedagogy Lab (DPL), hosted at the University of Mary Washington, which I'll write more about later. One conversation at DPL followed me home: the risks and rewards of having a digital presence as a scholar online. I talked to folks about this a lot, during the intensive course I took, the workshop I gave, coffee breaks, meals and those brief conversations outside of classrooms. Usually, this conversation centered on risks.

Now, I've participated on panels and in workshops on public scholarship, the work that academics do for public audiences, and scholars on social media. I'm usually invited because I do work in public (both writing online and Twitter). I'm upfront about the risks of this kind of work, which means I'm often the “risks” panelist on any given panel.

Mainly, I suspect I'm invited because I can talk about how I've been threatened for being a woman writer and scholar on the internet. After all, I received my first death threat in 2009, so I can speak about the threats I receive when I write or tweet something that garners attention. (It's crucial to note that I'm a cisgender, white woman, which means the threats I face are somewhat mild compared to what already marginalized folks face. Mild harassment, though, is still harassment.)

I've become resigned, blasé even, to the fact that I get threatened online. There are stories I can tell. Too many stories. Like the time I had an op‐ed on white supremacist movements published in The New York Times. My Twitter mentions were full of graphic threats of physical violence and death, which I didn't find out until I was at an amusement park with my kids and their cousins. It was the day after Thanksgiving. While I sat on a bench and cried, I blocked trolls and reported the threats. My kids rode rides, oblivious to it all.

Sometimes, I make the stories funny because humor is easier than pain.

At DPL, I was on an impromptu panel to talk about the risks and rewards of doing work online. I told the previously mentioned story. It's one of the few I can actually share, rather than all of those I can barely think about without falling apart. Some death threats you can forget; with others, the horror sticks around. I emphasized how risky it can be to be a public scholar online, particularly on social media.

This time, after sharing this story I've told so many times, I teared up. I wanted to blame my lack of sleep or stress, but I knew that telling this story got to me. I felt it. Viscerally. Then, I listened to other panelists tell their stories, terrible stories in their own terrible ways. What they had experienced sounded awful. So awful. The world is really terrible, I thought.

And yet, we also had to talk about rewards. We told stories about the networks we've built online. These connections, all the people we've found on social media, brought us joy, camaraderie and friendship. Our connections changed our lives.

When my turn rolled around, I talked about how Twitter was the reason for writing opportunities I've had and the confidence I now have as a writer and scholar. It's where I made some of my best friends and how I found a network of support when I left the academy. Twitter became a lifeline.

Then, I told a story, one I haven't told before. It was so different than the other because it showed me that doing my work in public could make a difference.

So, what you need to know is that I not only tweet about white supremacy and sexism but also about depression, anxiety and mental disorders. OK, that's not quite true. Let me try again: I tweet about my experiences of mental disorders. I do this because I hope that sharing my own struggles will help other folks realize they aren't alone. Sure, these tweets get retweeted and favorited. But it's hard to know if those tweets mean anything.

This is the story: Someone I know from Twitter told me their mom found my tweet thread (about my recent bout of depression) helpful.

The meaning of the story hit me suddenly as I told it. Something I tweeted helped another person. What I tweeted mattered. Now, I had already teared up because of the terrible story, but this joyful one made me full‐on cry. In the front of the room in a hard, plastic chair, I cried while everybody in the room looked at me. DPL emphasizes bringing your full self into the room, and I really did.

Knowing I helped someone is a reward of doing public work on social media and in my writing. Yes, I want to educate, but what I learned is that I'm helping people by being human, in a world that tries hard to dehumanize us. So, I stay on Twitter, even if it's a hell site, and keep doing public work too.

There are risks and rewards of being public online, and I'm not sure we can ever balance them, or if we should even want to. This panel reminded me that there are moments of joy alongside the terrible ones. It's easier to get caught up in the stories that shock and horrify us. Yet, I find myself drawn now to the overlooked stories of joy and connection. Those joyful stories are numerous and varied. I want to tell those stories because they show that our work matters, in ways we can't begin to imagine. The rewards outweigh the risks. At least, they do now.