Award‐Winning Scholar Shines a Light on Her Homeland 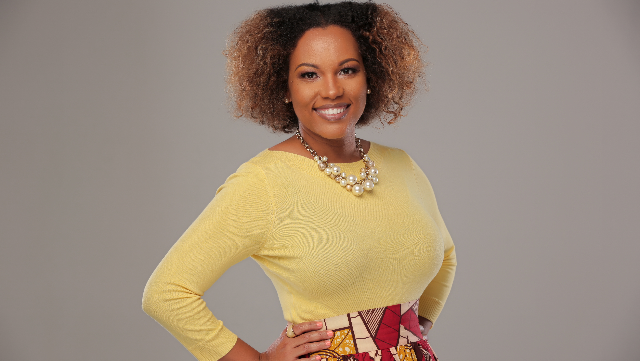 Born in the Republic of Cabo Verde (Cape Verde) on the coast of West Africa, Dr. Terza A. Silva Lima‐Neves brings a transnational perspective to academia. As an associate professor of political science at Johnson C. Smith University NC, she has the academic freedom to engage in research that is important to her and introduce students to diverse world views.

She has traveled extensively and shares travel stories with her students in the hopes they will feel motivated to explore different cultures and perspectives. Lima‐Neves has even taken JCSU students on study abroad trips to Cabo Verde, where they've had the opportunity to meet with the president and first lady of the country.

Lima‐Neves is currently working on a manuscript in which she will add Cabo Verdean experiences and voices to the existing body of scholarship in the fields of African women's studies, women's and gender studies, modern African Diaspora studies and black women's studies.

“The theme throughout my career is to tell our stories from our perspectives,” says Lima‐Neves. “For me, it's important to not only see it as research, but to see it as giving voice and power to the stories of the Cabo Verdean people that are a transnational people. This very interesting population of people are in this small island nation, but also throughout the world.”

Lima‐Neves came to the United States in her early teens and attended high school in Rhode Island. She earned her bachelor's degree at Providence College RI. Her exposure to Historically Black Colleges and Universities (HBCUs) began in graduate school at Clark Atlanta University GA, where she earned a master's degree in political science and government and a doctorate in international politics, comparative politics and African politics.

“My experiences weren't just relegated to an afterthought or the last page of a syllabus, but rather they were actually the entire syllabus,” says Lima‐Neves. “I felt that my experiences, my humanity, my culture and my existence were validated and centered.”

It empowered and inspired her as she pursued subjects important to her. Those experiences drove her desire to teach at an HBCU, and she joined the faculty at JCSU in 2010.

“At JCSU, I have many students who are first‐generation college students,” says Lima‐Neves. “Clark Atlanta seriously trained me on how to be a mentor and how to utilize my own experiences to tell stories, do research and better serve that population of students.”

Sharing the Stories of Cabo Verde

Students have told Lima‐Neves that in sharing her experiences as an African woman, she makes a syllabus come alive. “Often, we don't get to hear real stories, so I tell my own family stories as we're learning,” says Lima‐Neves. “I'm humanizing the African experience for our students.”

Her upcoming manuscript, Kriolas Poderozas, is an interdisciplinary collection of essays that depicts Cabo Verdean women as empowered beings who persevere in the face of oppressive structures and are capable of contributing theoretical, critical and practical perspectives in solving global issues. By using qualitative and gendered approaches as well as inclusive feminist analyses, she showcases the contributions of Cabo Verdean women to the development and understanding of both Cabo Verde and the African continent.

Lima‐Neves' two trips to Cabo Verde with JCSU students were exhilarating and exhausting. The first trip in 2017 involved six students, all of whom had different majors. They visited three of the nine inhabited islands and places that mirrored their interests. By example, they visited a day care center for children with disabilities.

“It was ‘Let's look at how this society operates,’” explains Lima‐Neves. “The trips were very intentional.”

An interdisciplinary approach is important to Lima‐Neves, who is chairperson of the Department of Social and Behavioral Sciences at JCSU and describes herself as an “internationalist.” Most of her courses focus on international politics and comparative politics.

After a colleague described her as a political sociologist, she realized she didn't need to fit neatly into a single discipline. She eschews the word research in favor of telling stories, most specifically about African women and their lived experiences.

“You define what box you want to be in,” she says. “JCSU is the right environment for me. This institution has given me a platform. Everything I do is student‐centered.”

It is essential to develop innovative approaches to engaging students. Technology is imperative—such as Skyping in a Cabo Verdean disc jockey to discuss different musical genres. She even created a Facebook page for the political science program where faculty members interact with students by posting discussion topics as well as articles related to courses.

This fall, she'll be teaching a course on black women and hip hop. One of the end goals is to produce a 12‐song global playlist of female hip hop artists.

“I teach courses that my students want me to teach as long as I'm qualified to teach them, particularly those on international politics,” Lima‐Neves says. “Their interests range from international organizations to international relations.”

Lima‐Neves and her husband have two children, ages 8 and 6, and she's proud to dub herself a MommyScholar. She readily admits she timed her pregnancies so she would give birth in the summer, not uncommon among women in the academy.

“Having this college community embrace my MommyScholar self has been completely amazing,” says Lima‐Neves. “Being a MommyScholar definitely has strengthened me. It has helped me focus on what I want to do. It has inspired and empowered me and my students.”