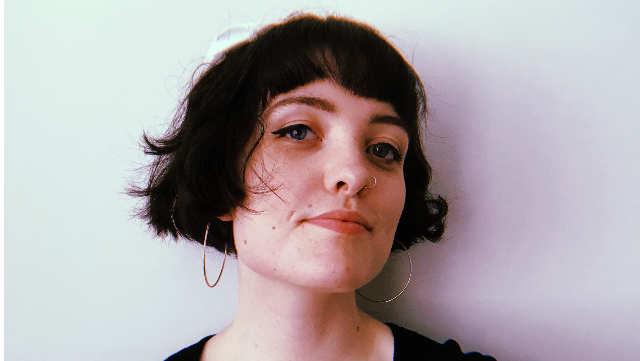 Women's Resource Centers (WRCs) have been an important piece of feminist history in the United States since the first ones opened on college campuses in the 1970s. WRCs provide gender‐conscious support to women and other gender minorities. They also serve as hubs of feminist activism, particularly in the fight against sexual violence—a pervasive problem at universities. The idea behind a resource center is simple: Marginalized people should have designated “safe spaces” tailored to their needs.

These spaces can have any number of purposes, but there are usually three main components: (1) the space itself, (2) access to physical and emotional resources for well‐being such as pregnancy tests and mental health counseling, and (3) educational or social events for the community that promote feminist progress. For the last 50 years, these centers have done invaluable work helping women succeed in their educations, careers and lives.

WRCs and their staff have always struggled to prove the importance of their work. Today, these centers are frequently devalued by university administrations, which results in defunding and budget cuts. According to the National Association of Women's Centers, there were 2,500 WRCs operating in 1987, but today there are roughly 400.

In 2015, the summer after my first year of college, my university quietly defunded our WRC without even informing the student‐employees who worked there. When we resumed for classes that fall, the space had been repurposed into a technology center, and all the furniture and files had been relocated to an off‐site storage facility. I first learned of the defunding at the weekly club meeting for my school's feminist organization. The WRC had been closed without warning or replacement. It was devastating and confusing. Students needed a supportive, nonjudgmental place that could be a refuge against sexual assault and gender‐based discrimination.

The WRC originally opened in 1992 as part of a collaborative effort by students and administrators to encourage women's inclusion and opportunities on campus. Over its 20 or so years, it shifted hands from department to department as funding was passed around. In these years, the WRC did a lot of work not just for the well‐being of students on campus around issues of reproductive rights and sexual violence prevention, but also for statewide communities.

The staff collaborated with high schools all over the state to prioritize furthering girls' education and worked on issues of economic instability in food‐insecure areas. They helped university faculty who were experiencing sexism in their workplace. But over time, the WRC was continuously at the receiving end of budget cuts and consolidation projects. When the director of the center retired in 2012, the school never replaced her and left the WRC to be run only by graduate students.

Tackling the seemingly unyielding devaluation of feminist programs seemed like an uphill battle.

And Bringing It Back

After about a year of getting organized and drawing up more concrete plans for dreams of what a WRC could be, I helped launch a student‐led campaign to reinstate this space on my campus in 2016. For the entire academic year, I was an activist first and student second. We petitioned, had numerous meetings with administrators, organized social media campaigns and welcomed many late nights researching and coming up with budget proposals. Finally, after we had applied enough pressure, the university gave us a small office space where we could open up a WRC, but no funding for actual resources or programming, let alone professional staff. We were set up to fail but were determined not to.

We raised a small amount of money through an online crowdfunding campaign and used it to buy emergency contraceptives, pregnancy tests and menstrual hygiene products, which we distributed to students for free. We got donations and hand‐me‐downs to furnish our snug office space, and the school agreed to buy us two new couches. Over a dozen students volunteered to keep hours in the space to help keep it open across our busy academic schedules. In the fall of 2017, two years after the WRC had been defunded, we opened our doors to the campus community.

I worked every day for a year as co‐director of the WRC, organizing volunteers, coordinating events, and making sure the doors stayed open. When the other director and I graduated, two other students took over and currently run the center. Soon, they will turn over and open up the path for the third generation of student directors. They will be the first iteration to have institutional funding for the entire academic year.

Today, the WRC has evolved beyond what I ever could have imagined when I first stepped into that small, empty space, which has everything to do with the daily, grassroots work of student activists committed to a collective vision of feminist change.

Across the country, WRCs (and all women's and gender programs) are vulnerable to their university's austere budget cuts. Resources for minority students can often be the first to go when money is tight, making education more inaccessible and reversing years of equality work. WRCs are pivotal spaces of transformation in higher education, especially in the context of federal risks to Title IX and the rise of hate speech and crimes on university campuses over the past few years. The most formative step a university can take in supporting its minority students is to invest in its resource centers. This is both a symbolic and practical measure that demonstrates that not only do these students have a right to education, but that institutions of higher learning are better off when they are valued and thriving.

Sam Saucier is a freelance writer and gender studies graduate student at the University of Sussex in Brighton, U.K. She received her bachelor's in sociology and women's gender and sexuality studies from the University of Maine in 2018. You can find her on Twitter at @samkcs17.