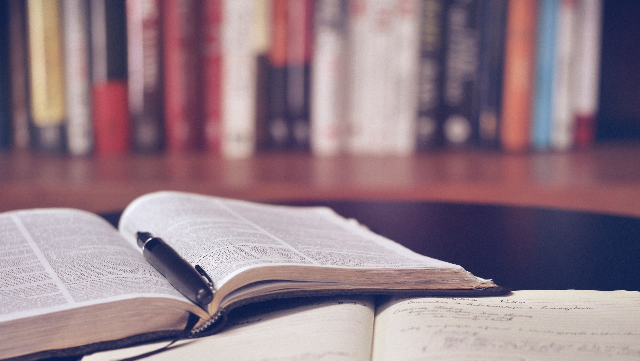 This column is the first in a series about writing trade books—that is, nonfiction books for popular audiences—as a higher ed worker (current or former). I feel fairly strongly that if you are off the tenure track (or even if you're on it), publishing a trade book instead of a scholarly monograph has a lot to offer you if you're interested in publishing a book.

I approach this topic as someone who wears two hats: I'm an author of trade books and an editor and publisher of trade books. So, I'm hardly impartial when it comes to the subject. But I also have a doctorate and other advanced degrees (a master's in nonfiction writing and a law degree). I have spent a long time in academia, and much of that time as a professor believing that my ultimate goal should be the scholarly monograph.

It turns out I was wrong.

What is the difference between trade books and scholarly books, also called monographs?

One difference lies in who publishes each type of book. Monographs are published by university presses and other presses that specialize in scholarly books. Trade books are published by large presses, such as the “Big Five” publishers, where you must be represented by an agent to even have your book considered, and also by a myriad of traditional small presses, many of which you might have heard of, like Beacon Press, Graywolf Press and more.

But what is a monograph? The Booth Library at Eastern Illinois University has a great definition of monographs on their website: “Scholarly monographs are single‐volume works (books) providing in‐depth research into a specialized area of knowledge. They contribute to the ongoing scholarship in a particular discipline by offering original insight into their subjects.” Compared with trade books, “which are geared toward general readers,” monographs “are written by faculty or other scholars in a field for an academic audience.”

A trade book reaches a wider audience than a monograph. Trade books can be stocked in bookstores because a general readership would be interested in reading a trade book—that's what “trade” means. Usually, trade books are priced lower than monographs. They are published, usually, as paperbacks and ebooks (not just in hardcover), which makes them easier for more people to buy because they cost less. (Sometimes they are never published in hardcover at all.)

Because audience is of utmost importance, if you are interested in writing a trade book, the first thing you must keep in mind is that you are not just writing for your scholarly peers. You are writing for anyone who might be interested in reading about your topic. That means you have to develop a very particular, very difficult skill—a skill many scholars never acquire at all because it is so very difficult.

You must learn how to write about complex subjects using plain language your readers will be able to understand.

But, Don't I Have to Write a Monograph?

When I was a young professor—one off the tenure track, but with aspirations of tenure—I believed all my hopes hung on a monograph. I slaved over my dissertation revision while I taught four courses on two different campuses while pregnant. One thing I did know at the time was that I wouldn't make any money from the monograph. I hardly made enough money to live on, so while I was revising my dissertation, I was also writing a textbook proposal.

That textbook made me money, and the groundwork it laid made me even more. Eventually I left academia and landed where I am now, in trade book writing and publishing.

But many non‐tenure‐track academics still pin their hopes on a monograph even as tenure lines dry up.

The scholarly monograph, as a genre, has suffered over the last couple of decades, according to the new president of the Association of University Presses, Jennifer Crewe . In a recent interview in Chronicle Vitae, Crewe notes, “Our biggest challenge remains the low sales of scholarly monographs…. Libraries share copies, and individuals don't purchase the new books in their fields as they did 20 years ago.” In other words, there aren't enough sales to support the publishers who publish monographs.

What are university presses doing to fix the problem? “We're looking for publishing grants to support them, and we try each season to publish enough profitable books to cover the losses on monographs,” Crewe says. (Profitable books include books that can be sold as trade books.) Yet, this model isn't sustainable.

Furthermore, Crewe explains, many departments are scrapping the monograph as a requirement for tenure; however, “in fields such as literature or philosophy, if you are doing work that necessitates a long‐form argument, you still need to write a book.”

But what if you publish your book? Will you magically land your tenure‐track job just like I thought I would? Crewe says, “I don't hear much about people who cannot get their scholarly books published. It may be that you won't get your first choice of publisher, but there usually is a publisher out there for your book.” No, she says, “the opposite is more often true—I've heard of scholars who had their first book published by a reputable press but can't find a tenure‐track job.”

Why Write a Book at All?

Now that I've completely crushed your publishing and career dreams (sorry), let me give you some good news. All of that expertise you have will make a wonderful trade book—if you can figure out how to write for a popular audience.

You already know what smart, popular writing looks like, most likely, because you read it in smart, popular magazines—The New Yorker, The Atlantic, Harper's—and this magazine right here. You probably already read smart trade nonfiction books as well.

If you choose to share your knowledge via a trade book, you are joining the larger conversation about how important it is that researchers of all kinds share their knowledge publicly in an accessible fashion.

I'm not saying you should never write a book for a scholarly press, especially if you're seeking tenure, whether now or in the future.

But if tenure is not in your future, I urge you to look at options for trade books instead.