A World Not Made for Us 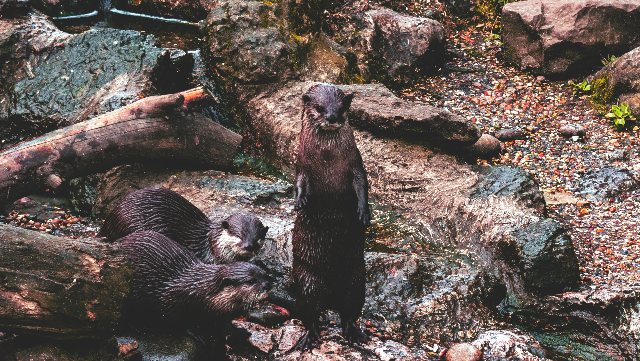 There have been a few articles over the last couple months that captured my attention, but not in a reassuring way. These articles all revolve around a certain bleak theme: Our world is not made for women. Now, as a woman navigating our world, I already—from a young age—had suspicions that world was not made for me, or girls or women more generally. The world was tailored to men, which I knew first when I didn't seem to fit into the roles I was supposed to play and later as I encountered gendered obstacles in higher education as a student and employee.

The Evidence of Sexism

When I began writing about sexism, I confronted evidence about how things are actually designed for men: seat belts, air bags, the dosage of medicines, particular medical interventions and policies on hiring and advancement. And yet, the fact that the world is not made for women isn't at the forefront of my mind or, likely, yours either. And how could it be? I would feel defeated each morning before I climbed out of bed. And yet, others still don't realize this truth or decide to ignore what's so difficult to confront.

So, in March, when NASA canceled an all‐women spacewalk due to a problem with the sizes of spacesuits—particularly that there were too few medium‐sized spacesuits to fit the women astronauts—outrage flowed freely on social media. How was it possible that NASA didn't have suits that would fit women? Women were astronauts, after all. But it's not only NASA. Not long after this snafu, the BBC reported on the multitude of ways the world is not made for women, including (but not limited to) body armor that didn't fit women correctly; smartphones that are too large for women's hands; sports gear that doesn't come in small‐enough sizes for girls; and loose science gear that not only doesn't fit but also can lead to accidents.

If these examples weren't enough, there's also the tendency to keep offices cooler to make men comfortable. Every university and college I ever worked for had chilly offices, and I learned to always pack a sweater or my lips would turn blue as I shivered my way through the day. The cooler temps, however, prove to be more than an inconvenience for women; they are detrimental to our performance. Women in Academia Report summarized a new study from researchers at the University of Southern California and the WZB Berlin Social Science Center in Germany that found that women do much better on verbal and mathematical tasks when the temperature is warmer in a room. (Men do worse.) That's right. A colder office can keep women from doing their best at work.

The Standard Human Being

And yet, the author of Invisible Women: Data Bias in a World Designed for Men (2019), Caroline Criado Perez explained to Vox that these problems aren't inherently about designers, researchers or organizations hating women. The problem is hard to see because she notes, “It's always been this way.” A patriarchal world isn't immediately obvious because it's so normal. We encounter it every day. Men, she continues, appear as the “the standard human being.” Everything is catered toward them, made for them and designed with them in mind.

So, women live in a world that, at best, doesn't fit us or, at worst, actively harms us. That's a lot to navigate in our daily existence. We encounter not only products poorly designed for women and freezing workplaces but also continued inequities in pay and the bias in hiring and promotion. The world, intentionally or not, seems to be trying to keep us down as it lifts men up.

It's not surprising, then, that academia is also not made for women either. (I wrote a whole book about this.) Women continue to dominate contingent teaching positions as more men than women continue to rise through the ranks to full professorships. Only 30% of college presidents are women. There are roughly equal numbers of women and men in college administration roles, but men tend to be paid more. Gender equality in the academy remains an uphill climb. Sometimes, gender parity, much less equality, feels like an almost impossible goal.

So, what can we do? Change the world. How do we do something as big as change a world not made for us? We start with solidarity and building a raft of bitches.

What exactly is that? The idea was spurred by Dr. Esther K. Choo's response to trolls on Twitter: She tweeted them pictures and gifs of otters with the tag #ottertime. Choo is an associate professor at Oregon Health and Science University, and her approach was adopted by other women on Twitter. Dr. Dara Kass, an assistant clinical professor of emergency medicine at Columbia University Medical Center NY, built on Choo's idea. At FemInEm, a site she founded for women working in emergency medicine, she wrote about how female otters sleep in a group and build a raft by holding one another's paws. They keep one another from drifting away. Since female otters are called “bitches,” they become a raft of bitches.

This imagery of female otters holding onto one another resonates. The raft shows the possibility and potential of women's solidarity. We build the rafts that keep us afloat, no matter if the waters are placid or choppy. Building our own rafts, reaching out to other women and offering support, can help us navigate the world not made for us. But more than that, our rafts can help us change it too. So, start building yours. I have already.