Teaching Inclusion in the #MeToo Era 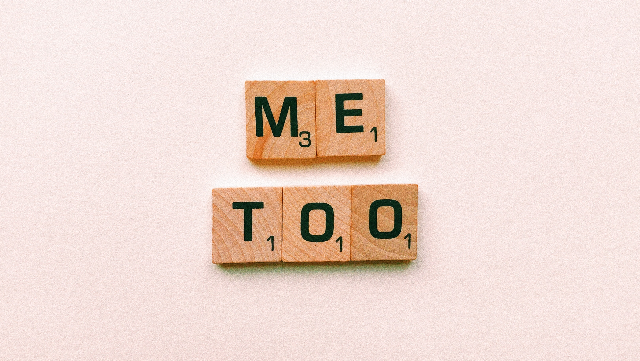 Across the span of 22 years in higher education, I've taught a variety of different English courses that feature readings by white women and women of color, people of color more generally and writers from LGBTQ+ communities. My experience teaching these courses has transformed since the #MeToo movement in ways that are challenging but also fascinating, as students grow and become empowered.

Students are bringing to their classes a courageous awareness of their own experiences, a savvy sense of cultural literacy and resounding appreciation for writers who explore social injustices in their work. In turn, professors need to make sure their cultural competences are current and reflect the needs of an increasingly self‐aware student body.

Students have become more vocal about their experiences of sexual assault and harassment. While it is true that students were speaking and writing about these experiences long before the #MeToo movement, the magnitude and tenor of the expression have shifted. The shame and anger they have carried far too long has found a way out of its silence. They recognize that they are not alone no matter how isolating the experience made them feel.

The #MeToo movement has presented them with a lens through which they can view their experiences from a more broad, cultural perspective. When they talk, their eyes are on fire. They want others to know. They want to speak their truth as if their lives depended on it. And yet, their voices are calm, resolute and unhurried. “This is who I am,” they say. “This is what happened to me, and although I am still afraid, I will find a way through this.”

In these situations, I have learned to be a good listener. I validate, acknowledge and offer students compassion and access to campus resources. I create a safe space for students to tell their stories and be heard. I embrace the emotions that are likely to arise and honor the process of allowing grief to surface and be heard. I affirm and bear witness. Most of the time, the stories come through student writings—the personal essay, autoethnography, a course reflection letter, an online discussion post or a poem. Although the writing projectmay be different, one aspect that remains the same is a sense of urgency, an urgency to express the unsayable, an urgency for change, an urgency to be respected as a human being who has boundaries and dignity.

Students are also bringing to class a more informed language to talk about their experiences. They speak the lingo because many students have been exposed to concepts like implicit bias, systems of privilege, intersectionality, allyship, xenophobia, inclusivity, gender fluidity and many other terms related to social inequity. During our class discussions, this general understanding of terminology means we have more class time to go into depth about how these concepts appear in course readings and how they manifest in sociopolitical contexts.

Students can quickly identify microaggressions toward characters in a novel and then cite examples of similar assaults against public figures. They understand the role of xenophobia in Latinx literature and speak openly about their perspectives on immigration. Most important, they realize that identity is complex and can pinpoint how multiple forces of discrimination are influencing a writer's work.

And now, students feel connected to literature in a way that is more intimate and impassioned. They are seeing authors as real people, not as names on the page, with struggles not so dissimilar from their own. There is less distance between author and reader, due in part to social media platforms that make authors more accessible. Students have a strong appreciation for the bravery of writers who are willing to share their experiences, and when students tell their own stories, they procure some of that bravery for themselves. They cite passages from authors who help them articulate their own experiences, they embark on research projects to delve deeper into the social issues they care about, and they write empowering essays that facilitate agency and healing. They use the author's voice in the poem, the essay, the novel or the short story as a springboard into their own recovery.

Some students have no tolerance for male writers who have been accused of sexual assault or have a reputation for misogynistic behaviors, although many of my students are divided on this issue. Some students separate the value of the art from the artist, while others refuse to help support the career of a writer who does not respect and value women. One student compared the work of art to a child, arguing that the child can go out and change the world for the better even though he/she has a terrible parent. In other words, students respect the artistic and cultural value of a literary work even though they are uncomfortable with the author's personal history.

In the current political environment, many students are researching authors online and expressing conflicted emotions about authors who have been accused of harassment or assault. Generally, students acknowledge that enjoying the literary works of a favorite author may mean unconsciously placing that author on a high moral pedestal. It is worth investigating how much students know about the personal lives of the authors they study, living or dead.

How much do students know about whether their favorite authors might be sexist or racist? What are their sources of information? Does it matter if the author is contemporary or was producing literary work a century ago? And, of course, the classic theoretical question: Does the author even matter? Questions of who to “boycott” and who to embrace start to become hazy at this point. What is important is that students seem more interested in the biography, background and intentions of authors than ever before.

More than ever, students are critically questioning the authors they are reading. “Just because someone is a good writer doesn't mean he is a good person,” one student commented. True enough, but these same students argue that boycotting artists is only one step away from censorship and book‐banning.

Silencing authors is not something I am willing to endorse. As an English professor, I encourage open, supportive and exploratory dialogue about sensitive topics because it fosters opportunities for everyone to learn, grow and understand.

Still, as new allegations arise, I have had to decide if Iwill continue teaching controversial writers or remove them from my reading lists. A few students will refuse to read the work of an author who has been accused of inappropriate behavior, but most will read it, learn what they can from the experience, and move on. There are opportunities I hope are not lost in these situations.

Exploring the relationship between authorship and the artistic work and between the work and the audience it influences is a fruitful debate to have in class. Students usually conclude that the idea of boycotting artists is problematic, that an important perspective might be lost and that writers and artists are human beings struggling with their own personal challenges and implicit biases.

Finally, students are more socially engaged citizens and aware of who they are willing to support with their limited textbook funds. But is shutting out the author, the novel, the poem, the film or the actor going to resolve the gender disparities illuminated by #MeToo? Will “boycotting” individual authors bring about the large‐scale cultural transformation needed to end gender violence? For contemporary authors, perhaps public shaming on social media, canceled book contracts and a crumbling career could do the trick, but it's doubtful that a strictly punitive approach will get to the root of such a pervasive, long‐standing problem.

We need to make sure that all voices are heard and all lives are granted equal reverence and dignity. We can work toward dissolving the dualistic thinking that perpetuates the illusion of separation between people. We can build systems based on wellness and altruism so that predatory acts are less likely to arise.

#MeToo is successfully galvanizing a revolution, which has made its way into our classrooms. Professors can take advantage of inclusive excellence workshops taking place on their campuses, and tap into their most valuable resource, their students. It is now, and has always been, our job to listen to students, to believe them when they tell their stories and to not shy away from difficult conversations in the classroom.

Dr. Donelle Dreese is a poet, novelist, essayist and professor of English at Northern Kentucky University where she teaches Multicultural and Environmental Literatures, American Women Poets and writing courses. Her writing has been published in a wide variety of journals and magazines. She's on Twitter (@donelledreese) and her website is donelledreese.com.