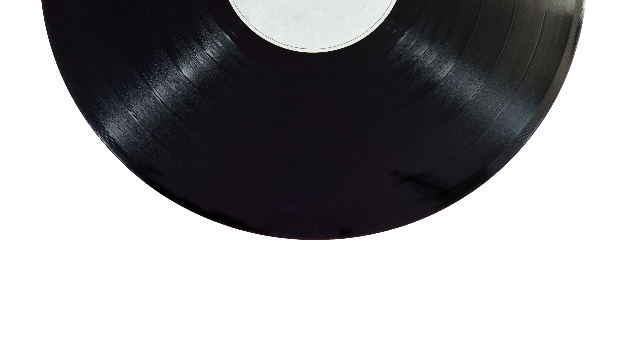 Beyoncé, Lady Gaga and Cardi B are just a few of the visible stars in the firmament of the music industry. But there are thousands of other women in music whose opportunities and compensation are less than stellar.

A new study from Berklee College's Institute for Creative Entrepreneurship MA, in partnership with the school's Office of Institutional Research and Women in Music, highlights the status of women in the music industry. Some of the results are quite thought‐provoking.

For every big name making tens of millions of dollars and with star power in the stratosphere, there are thousands of other women who encounter barriers and low pay.

The status of women in the music industry was chronicled in the annual report from the Annenberg Inclusion Initiative at the University of Southern California. Annenberg found that women were missing from popular music.

Erin Barra is an associate professor in Berklee's songwriting department and an alumna of the Massachusetts contemporary music school. Barra, who was classically trained, teaches music production to composers at the school.

She rejoined Berklee in 2014 to help students address technical issues with songwriters who want to make music using digital tools. She wanted “to teach my people technology.”

Describing herself as “an activist,” Barra also runs Berklee's Beats by Girlz chapter, an organization that empowers middle school girls in music technology. She's a board member of Women in Music, a nonprofit organization founded to educate, empower and further the careers of women in the industry.

Because she's a visible woman in a certain part of the music industry, Barra feels it was “my responsibility to connect all the dots because I could.” Inspired by a survey done in Ontario, Canada, in 2015, she had applied for a grant to conduct a similar study of women in the music industry.

“We signed on to help with the research piece,” says Prior. The school's Institute for Creative Entrepreneurship brought “the financial power.”

In assembling the survey, Barra made some changes to the Canadian one while incorporating additional questions. “We spent a long time putting together the questions and getting IRB [Institutional Review Board] approval,” she says.

The final survey—which included 35 multiple‐choice and open‐ended questions—was distributed through social media. The survey took participants about 10 minutes to complete.

Participants were able to access the survey for six weeks. More than 3,000 responses were submitted; 2,000 were usable.

The survey also produced over 6,000 answers to its open‐ended questions, which were organized into “digestible information.”

Respondents represented a wide range of ages, races, ethnicities and jobs within the industry; 20% were women of color. Responses came from 49 states, Puerto Rico and the District of Columbia.

Responses from women of color illustrated a gulf in opportunities and pay. They were more likely to be in entry‐level positions, earn less than $40,000 a year and be less satisfied in their primary occupation.

Over 1,000 women offered suggestions for improving diversity and inclusivity. The most common suggestion was to put an intentional focus on increasing diversity through equal opportunity.

From idea to finished product, the survey took two‐and‐a‐half years. The resulting study was titled “Women in the U.S. Music Industry: Obstacles and Opportunities.”

In analyzing the responses, the trio realized they had hit a nerve. “There was a huge surge of energy when the study was released [in March 2019],” says Barra.

One of the more surprising findings came from women who held executive‐level positions and who were making over $100,000 annually; 41% felt they should be further along in their career. “These are women who have made it,” says Prior.

Neither Barra nor Prior has any insight as to why those women felt the way they did. “That's something that would be a terrific follow‐up question,” says Prior.

This finding caused a firestorm of comments. “This [response] has been a poisoned dialogue since we released the study,” says Barra.

“It's really difficult to say for certain the meaning behind those numbers.” She surmises that since women have been underpaid at all levels, it might be some sort of “trickle‐down” effect.

Compensation did impact women's family planning decisions. For 61% of the respondents, their careers were a factor in their decisions to have or raise children.

Mentoring appeared to be one of the keys to women's success in the industry. “The data point was one of the ‘aha’ moments,” says Barra.

Of those who were mentored, 92% said it had a positive effect on their career. For women with mentors, 60% were more likely to earn over $40,000 a year.

While the data showed there is definitely room for improvement, most women reported being satisfied with their work. Some 72% of those currently working are “extremely or somewhat satisfied” with their job including 65% at the lowest income levels and 86% at the highest income levels.

The work environment is comfortable for more than 75% of them; 66% reported feeling supported. Women between the ages of 18 and 24 felt most supported, at 71%, while those in their 40s felt the least supported, at 59%.

Now that the responses are tabulated, the next step is figuring out just what the next steps are. The process, Barra says, “is complicated.”

The trio will meet soon to discuss the questions the survey raised. “Like a lot of research, it raises as many questions as it answers,” says Prior.

The outcomes from the Berklee survey may include providing widespread access to professionals such as identifying musicians for concerts and women to serve on conference panels. It will likely impact the way the school approaches educating its students.