There Are No Bears 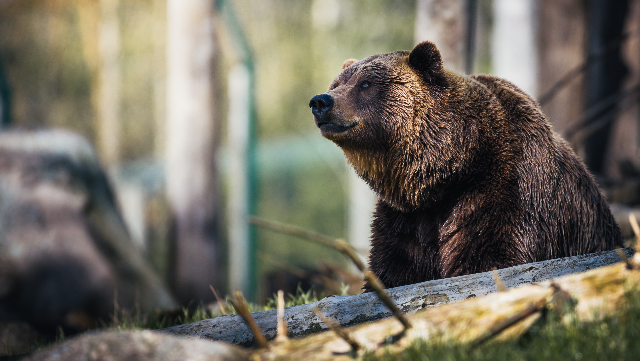 When I was in graduate school (and later as a junior scholar and writer), I was absolutely terrified to send out my work for review or editorial approval. After spending months (or years) on a journal article or a book, it would sit on my computer, unread and languishing. Sometimes I could send them out. Sometimes I couldn't, especially when doubts filled my mind. What would other scholars think of my research? What if my work wasn't good? Would there be consequences for having my work out in the world? I knew there would be consequences, not rewards.

I would become so afraid of rejection that I wouldn't act. This was not because I thought my work was mediocre or bad. I enjoyed research and writing, and I thought I was (mostly) good at both. And I was lucky enough to have professors and mentors who convinced me that what I was saying mattered.

But when I finally finished an article or a book, I still hesitated to send it out. I would make up excuses. Maybe it wasn't quite finished. Maybe I needed to revise one more time. Maybe I was stalling. (I was.)

I would spiral into doubt. I was terrified of what might happen when my article landed on an editor's desk. And when I say terrified, I do mean terrified. I would start to breathe shallowly, sweat, shake or even cry. (Later, I realized that this was panic induced by anxiety, but it would take years for me to realize that.)

Sometimes I could tamp down the terror and manage to send off my work. Sometimes that terror overwhelmed me, and it seemed safer to not send anything out at all. You can't be rejected if you never try.

One day, my wonderful partner said to me, “What's the worst that can happen if you send out your work? A rejection of an article? A revise and resubmit?” While I could agree that those were the most likely outcomes and that rejection wasn't the end of the world, this terrible fear remained, unaffected by what could actually happen.

My partner developed a system to help me cope. It's simple. It's all about bears. Really. When I started to panic about letting my work into the world (or anything else, minor or major, that I was afraid to do), he would say, “What's the worst that can happen? It's not like bears will show up at our door and attack/eat you.”

The first time he said this to me, I laughed and laughed because, of course, there are no bears. That's silly. An article rejection wasn't going to end with bears mauling me. A cagey reviewer #2 wasn't going to send a bear to my house to offer a threatening “Hi!” By introducing bears into the scenario, he helped me realize that an article rejection was just a rejection, nothing more, nothing less.

There are no bears.

Any time I started to feel terror about what to do, I would remind myself: There are no bears. So, I could send off an article. There were more terrifying things than rejection from a journal, press or magazine. In rejection versus bears, bears always win because they are scarier.

(Also, practically, neither journals nor university presses could afford to invest in roving groups of bears to deliver rejections, or maulings. It would cost too much, and there would also likely be dramatic intervention by law enforcement to stop the bears and their intimidation tactics.)

To this day, when I get worked up about, say, sending a draft book manuscript out for blurbs, I start to shake and sweat. I forget how to breathe. And my partner gently says, “Bears.”

It's a small reminder that there are no bears and what I need to do isn't as terrifying as I make it out to be. This small thing for other people (sending out your work) remains a scary thing for me, so I have to bring everything back to scale. Focusing on bears helps me cope with my anxiety. I can calm down enough to be able to send off my work.

What's the worst that can happen? Not bears.

Now, do I still find myself wanting to hold onto my work and being panicked about it being in the world? Yes. Do I still spiral with terror and doubt? Yes. Do I still worry my work is not good enough? Yes. Those reactions are hard‐coded in my brain and refuse to go away.

Bears, I tell myself again and again, won't show up at my door, a good reminder that the consequences are never as dire as I first imagine them to be. Remembering there are no bears gives me much‐needed perspective. (Though I do live in Florida, so a bear could appear at my house someday, but it will have nothing to do with a journal rejection. It will just be because Florida is a wild place to live.)

Thinking of bears still helps me do things I'm afraid to do. I still get terrified from time to time about my work being out in the world. But, as the years have gone by, I have become less afraid of putting my work out there and much less afraid of rejection. My work can be out in the world, even as I don't want to let it go. But I can, and I do. I can do those things that scare me. You can too, reader, because there are still no bears. There won't be. Remember that. I do.