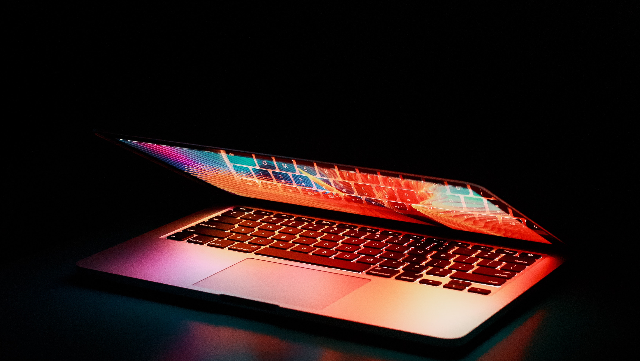 Recently, at precisely 6:10 p.m. on a weekday, I opened Twitter and flipped over to my troll‐trapper.

“Troll‐trapper” is the word I use to refer to the “Requests” section of my direct messages (DMs) on Twitter. For those of you unfamiliar with Twitter, you can use the platform to send DMs, which are like text messages, to other users. Some Twitter users only allow DMs from people they are friends with. However, other Twitter users, like me, allow DMs from anyone on Twitter.

Because the troll‐trapper takes an emotional toll, I only open it once or twice a month. I keep my DMs open because every once in a while, an important voice comes through. Otherwise, it's too hard to deal with the abuse. And yet, working hard to avoid trolls and other abusive people online can have consequences, including lost opportunities. I know because I lost an important opportunity recently.

So, this time, as I moved through my troll‐trapper, I had received a message I didn't expect to receive: An editor from The New Yorker magazine requested that I write a Letter to the Editor about a recent story in the magazine, based on a tweet thread I had written about mental illness and one of the story's subtopics I thought deserved some extra airtime.

The problem is, because her message went to my troll‐trapper, I missed the filing deadline. I wrote the letter as quickly as I could—in 20 minutes—and shot it off to her, and then I texted her (per her request). She accepted the letter and tried to get it filed in time for publication. But I was too late. My letter didn't get published in the magazine, and I was so disappointed.

I was also angry. The reason I don't check my DM requests is because I don't want to deal with the awful messages I get from men who harass me. I have to wade through the muck of humanity to find one message offering me a wonderful opportunity.

I wondered: Why had she DM'd me on Twitter instead of emailing me? To find out, I hopped over to my website—and saw that I directed members of the media to DM me on Twitter. And I remembered when I set that up. It was when I'd written a viral piece on campus rape and quite literally couldn't bear all of the emails I was receiving from trolls. So, I'd removed my email address from my website.

Once again, I realized, I'd allowed trolls to dictate my boundaries.

I needed a better solution. After talking this problem through with a friend who often ends up in similar situations—she writes something that attracts attention, both positive and negative—I worked out a plan.

Also note that many, if not most, institutions allow users to create what are called email “aliases” that forward to your main email account. These function in the same way as what I describe above—ask your university IT department to help you set one up.

So, the first thing I did was create the email address contact@ (my URL), and I put that email address on my website as my contact email. I took down the “send me a Twitter DM” message on my website. The contact@ email address forwards to my real email. But here's the important thing: Once that email address gets trashed—once it makes it onto the bad parts of the internet as a way to reach me, for example, or once I start receiving too many awful emails at that address, I can delete it and create another. There's always info@. Or email@. Or the next, and the next.

You can also use a form on your website to allow people to contact you. Many people use that option. I don't love it, personally, because as a user I am turned off by them. My goal is to allow opportunities to come my way without letting trolls control my boundaries.

After making these changes, I can rest assured that The New Yorker editors won't be stuck in my troll‐trapper, and that I have a way to eject trolls from my inbox if the emails from them get overwhelming. If things get too bad, I'll start using a contact form, but right now, the throwaway forwarding email address is doing the trick.

Most important, I'm no longer letting trolls control my boundaries, even though I'm still putting myself out in public as a writer and speaker. I've taken back that control. And that feels really good.