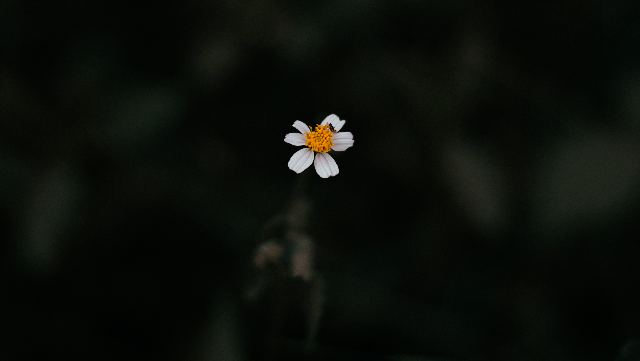 Over a year ago, I was sitting in my primary care doctor's office, trying to not freak out and failing miserably. I had fought for the appointment a week earlier, but I was nervous about what I might learn. It had taken me almost five months to work up the courage to ask my doctor for help, and then, the nurse didn't take my request for a mental health appointment seriously and gave me an appointment for a month later.

I called a friend, sobbing. She was worried about me and tried—patiently and then forcefully—to convince me to get the help I needed. Bone‐wrenching despair coated my voice, and she told me to call my doctor's office back and tell them I was having a mental health crisis. I tried to suggest it wasn't a crisis and I could wait, but my friend didn't let me minimize what was happening to me.

After several calls, I finally got an earlier appointment, which led to me sitting in an exam room, trying to hold it together. With a shaky voice, I told the doctor my symptoms: insomnia, overwhelming fatigue, constant irritability, crying jags, intrusive thoughts and unrelenting worry.

Everything, I explained, was exhausting and frustrating. I felt empty while pretending to be normal.

My periods of being low—which I had experienced for at least a decade—were longer and more intense. Sometimes, my mood lifted, and I kept frantically busy as if my life depended on it. The low always returned. And this time, I couldn't shake it. My doctor diagnosed me with a mood disorder and referred me to a psychiatrist. I had a partial answer to what plagued me for much of my life, and I was wrecked.

After that appointment, I drove for a few hours to a university where I was giving a named public lecture the next day. I should have been excited, so I faked it. I met with faculty, talked with students and gave my lecture. I pretended to be OK while worrying over the diagnosis in my head. No one knew I was as depressed as I had ever been before; no one knew that I wondered, routinely, why I even existed. I pretended to be a scholar who had it together, but I was teetering on disaster.

Why hadn't I asked for help? What exactly was holding me back?

When I was an academic, I had already perfected my act of pretending to be normal. Early on, I learned that scholars guarded against any vulnerability that made you seem less than devoted to your work. Our brains and what they could do were the only things that seemed to matter; our fleshy bodies and lives could only hold us back. After a car accident in grad school, I still showed up to seminars. I refused to seem vulnerable, even if I couldn't sit upright without throbbing pain.

Academics were supposed to be always on. Our facades were impenetrable, because how we appeared was crucial. The people who taught and advised us held our future careers in their hands. Why give them a reason to question what our brains could do?

Before grad school, I already suspected my brain wasn't normal. I was more anxious than most, and grad school exacerbated my anxiety. Out of fear, I held myself to impossible standards for success, set by my advisor. I kept my fears and doubts locked up tight. I never revealed how sometimes I didn't sleep, how only going to class forced me to get out of bed, how wracked with worry I was or how I would melt down, crying, shaking and unable to catch my breath.

My brain was fine, I told myself, because my brain was the only thing academia cared about.

I now realize what I struggled with was mental illness. Back then, I refused to acknowledge the possibility of a disordered brain. My brain wouldn't be broken if I said it wasn't. Asking for help, I thought, was not an option. I powered through by always seeming smart and invulnerable. When one of my professors told me I was a superstar, I wondered how she couldn't tell that I was falling apart right in front of her.

I feared asking for help. I didn't want to admit that the brain I rely on to write and research was broken. I feared that academics would judge me, and my broken brain would cost me opportunities and jobs. Even now, I'm afraid of what readers of WIHE will think about me. The stigma around mental disorders is real and unavoidable.

And yet, I am writing this column because I finally got the help I needed to manage bipolar II disorder, generalized anxiety disorder and post‐traumatic stress disorder.

Asking for help was one of the most important decisions of my life. I've been in treatment a year, medicine and therapy, and my life has improved. I'm coming to terms with my broken brain. I am smart and capable despite it. Fear prevented me from getting the help I needed.

So, readers, I hope you can learn from my example and not let fear keep you from asking for help. Please get the help you need and know you aren't alone, because I'm standing right here with you.