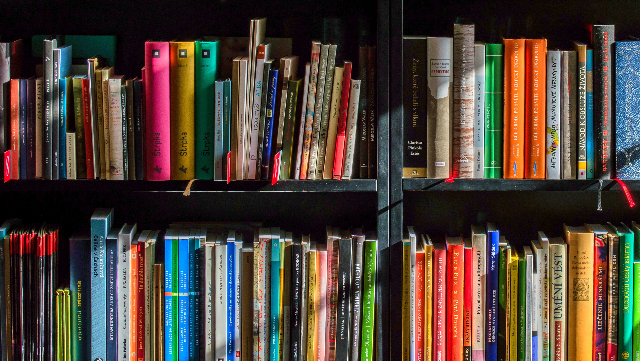 The tide is turning, thanks in part to The Feminist Wire (TFW) Book Series, which recently released its first two volumes. The series, a collaboration between the University of Arizona Press and The Feminist Wire, formed to build on the digital TFW's mission to “valorize and sustain pro‐feminist representations and create alternative frameworks to build a just and equitable society.”

First in the new book series, Them Goon Rules, is an “un‐rulebook” on how blackness and non‐normative gender impact and remix every aspect of life. Author Marquis Bey's essays question the function and implications of politicized blackness, black feminism and queerness. Bey fashions fugitive blackness and feminism around a singular line from Lil Wayne's “A Millie” into a rigorous and thought‐provoking refrain.

In the second book, The Chicana Motherwork Anthology's five editors (Cecilia Caballero, Yvette Martínez‐Vu, Judith Pérez‐Torres, Michelle Téllez and Christine Vega) interweave scholarship with “testimonios by and about Chicana and Women of Color mother‐scholars, activists, and allies who center mothering as transformative labor through an intersectional lens,” according to a blurb from The Feminist Wire Book Series. The result equals a call to action for justice.

“We're thrilled that these are our first two books because they reflect the breadth and depth of what we hope the series will accomplish,” says Monica Casper, associate dean for faculty affairs and inclusion for the University of Arizona College of Social and Behavioral Sciences. “The anthology beautifully calls attention to ways in which race and gender influence women of color's precarious work in academia, with critical attention to lived experiences of Chicanas,” she says. “And Marquis Bey's book is a cutting‐edge hybrid intervention, part poetry and part memoir, on black feminism, queerness and identity.”

Casper, a co‐editor of the series with TFW co‐founder, scholar and author Tamura A. Lomax and author and media maker Darnell L. Moore, explains, “Both books embody The Feminist Wire's intersectional, anti‐racist feminism.” The three co‐editors are also the managing editors of TFW.

“Another edited book will be published soon, on black girl magic beyond the hashtag,” Casper says. “Given the pervasive marginalization of black girls and women, we couldn't be happier to include this work in our series.”

The series generally offers critiques from a diversity of perspectives on popular culture, media and politics, including anti‐feminism. It seeks to connect with academic and nonacademic audiences while bridging the digital and print publishing worlds. The books will be read by scholars, students, activists and others concerned with sexism, racism and imperialism. “We are reaching across the university/public life divide,” Lomax said. “We aim to translate TFW's mission from an online magazine presence to books that will be useful in the classroom, for scholars, and, ultimately, to change the world.”

One step forward will be posted interviews with the authors on the TFW website, which has a reach of nearly a million readers annually. The interviews will link back to the UA Press series page. The books will also be marketed on TFW's Facebook page, which has more than 90,000 followers.

“We believe that with increased attention, and as books are published, authors will come to see this series as the ‘go‐to’ space for critical, intersectional, anti‐racist feminist work,” Lomax says. “We are really excited about a few ideas in the hopper, including a planned ‘best of TFW’ volume that we'll be working on this summer.”

The UA Press enhances the strength of the series' marketing efforts through its established reputation for publishing books about race and social justice. The press has a history of partnering in innovative publishing projects and is the publisher of the Camino del Sol and Sun Tracks literary series, which publish new, emerging and established Latina/o and Native writers.

Higher education leaders may want to point out The Feminist Wire Book Series to faculty seeking an innovative book publisher. Series editors seek books that will analyze popular culture, media and politics in order to identify, document and intervene in social and political phenomena that marginalize people. The editors seek well‐written, accessible monographs intended for students, scholars, activists and practitioners inside and outside of the academy.

Casper advises prospective authors to do their homework: “research different book series, read books in those series and make sure your work fits.” She adds, “The initial reach‐out is important; we appreciate professional yet friendly emails that clearly lay out the major themes of a work. We like to know how far along an author is, and especially why they think our series is the right fit.”

Be aware of “language barriers between academia and non‐academia.” While “journalists on deadline may not have the time to fully consult experts on particular topics,” Casper says, “many academics write in ways that obfuscate, confuse and repel. At The Feminist Wire, we have long pushed for complexity and nuance, and haven't settled for easy answers.… Folks wanting easy answers or ‘black and white’ won't find it at TFW. But we also encourage clarity.”