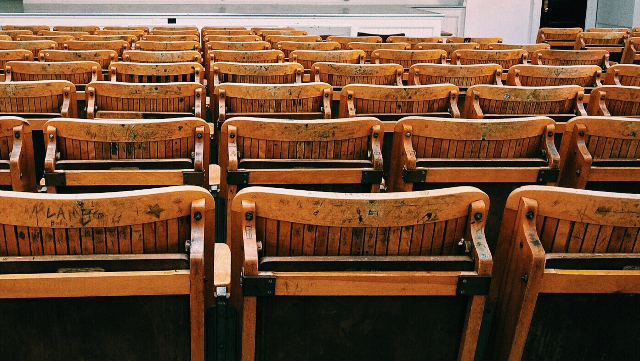 In mid‐March, indictments were handed down to 50 people involved in a far‐reaching college admissions scam. According to the U.S. Attorney's Office in Boston, it is the largest such matter prosecuted in the United States to date. Operation Varsity Blues, as the investigation was dubbed, began with a tip in May 2018.

At issue is an elaborate scheme in which wealthy parents allegedly paid to bribe their children's way into elite colleges and universities, including Yale University CT, Stanford University CA, Georgetown University DC, Wake Forest University NC and the University of Southern California. Unlike the well‐known scenario of wealthy people making large donations to an institution to secure admission for children, this was illegal and secretive.

The case centers around a man named William “Rick” Singer, who has already pled guilty and provided evidence against the others charged, and a college preparation business he ran. He is described as aiding rich parents in a variety of deceptive practices that facilitated their children's admissions into elite institutions. These ranged from paying someone to take their children's SAT or ACT exams to bribing athletic coaches to recruit applicants as potential student‐athletes when in reality they had no experience in the sport they were purported to play.

This case will play out in the weeks and months ahead. At issue now is how colleges and universities respond and work to protect the integrity of the college admissions process.

“[The students] were basically being set up for failure,” says Amanda Slenski, VP for admissions at Alma College MI, a private coed liberal arts college. “They were getting into schools where they may not be academically qualified. They're being placed onto rosters for teams in sports they don't actually play, or if they do, they're not at that level. This is not getting them into the place where they can really thrive.”

Slenski says she's at an advantage at a small college because she has often met Alma applicants. She's visited the high schools and even seen the potential student‐athletes in action.

To spot deliberately incorrect information on an application, she and others in the admissions office look for inconsistencies. For example, if a high school transcript shows a student struggled in math but the math score on standardized tests is very high, that's a red flag. An application is thoroughly examined to see if anything seems off or questionable.

“If you're talking with a student or reading their essay and they talk a lot about how they love theater or the arts but they haven't taken any theater classes in high school or listed theater among their activities, you see an inconsistency,” says Slenski. “Does a student with low English scores have an essay that's out of this world?”

Slenski says it's reasonable to call for a reference, and sometimes she'll check social media for evidence of an extracurricular activity. She may also ask for additional proof on awards, such as requesting a certificate to prove someone is a National Merit finalist.

When certified educational planner Dr. Bari Norman worked at Barnard College NY, she went out in the field and met students who had an interest in applying. Her role also involved reviewing applications and being part of the committee of people making admissions decisions.

“It was a committee process that was chaired by the dean of admissions, and there was a lot of integrity in the process,” says Norman. “There were a lot of hard decisions that we had to make.”

Norman is co‐founder and president of Expert Admissions, an individualized professional service for students preparing to apply to undergraduate or graduate school, as well as students seeking transfers.

“An educational consultant is somebody who will work with students one‐on‐one to help them make good choices in terms of their academics, their extracurriculars [and] their testing,” says Norman. “Working one‐on‐one with students, you can really give much more tailored and individualized advice.”

Student/institution fit is huge, not only in admissions, but also in student success. Educational consultants can help with strategy because they have insights into the institutions. Applicants and their parents often don't understand fit and how it plays into a college's decision‐making. Norman works with students to identify the best‐fit schools for them and assemble a list with a range of schools.

“A lot of the frustration and criticism of the college admissions process comes oftentimes with a lack of full understanding of what's going on,” Norman says. “There are so many teachable moments in college admissions for students as well as for their parents.”

When she's working with a student, Norman is looking for achievement, engagement and authenticity. For her, genuine enthusiasm for an activity is more important than activities that look good on paper.

“Applications may seem fairly limited. When people look at them, they seem fairly simplistic or brief, but if you fill them out properly and thoughtfully, they allow for a fair amount of information to be transmitted from the applicant to the reader,” says Norman.

There are also recommendation letters from teachers and others. Students cannot present themselves in a completely different way from those writing the recommendations. She tells students to keep it real because admissions officers can tell when applicants are talking about something they don't really care about.

“It's hard to fake it, even when it's just faking enthusiasm,” Norman says. “The key is do what you enjoy. [Schools] need all different kinds of people.

“When we talk about being unique and standing out, we don't mean standing out in a way like ‘This is shocking’ or ‘I've never heard of this’ or ‘How unusual.’ [The admissions officer] needs to be able to relate to you.”

It's also about being realistic. When people fixate on a school that's out of reach, Norman asks them to think about where the student would be successful and happy. In reality, successful people attend many different colleges and universities.

“It's about you and what you do with the experiences you're given,” says Norman.

Norman says parents should be thinking about the messages they send their kids. While she sees Operation Varsity Blues as the acts of individuals, there are ways to improve the system, such as examining athletic recruiting more closely.

“Those of us who have been in college admissions are aware—at least when it comes to athletic recruiting—of the level of flexibility that often comes into play,” says Norman. “We certainly need more oversight and better checks and balances.”

Slenski says although students are competing for spots at colleges and universities, colleges and universities are also competing for students, so there's not a lot of conversation between institutions. A student could submit false information to multiple schools, and admissions officers would not alert one another. Going forward, better communication among institutions would be beneficial to reducing fraud.