Navigating (or Not) the Tightrope 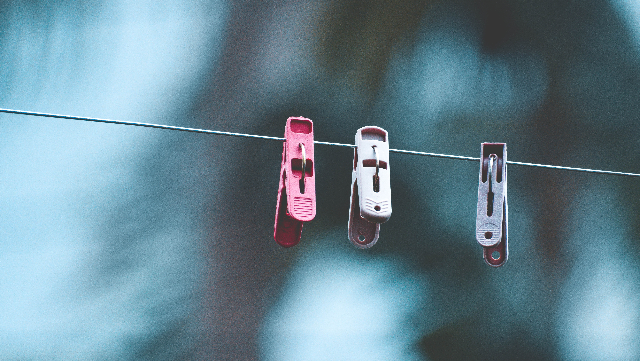 Over a month ago, I was speaking to a colleague about a scholarly organization for which we have both volunteered our effort and time. For years, she and I have participated in the organization. Our goal was to talk about possible collaborations. Brainstorming led to conversations about the organization's structure, mission and current efforts. I found myself thinking I would have been a good fit for the committee she leads and wondered why I hadn't been asked to join.

Before I could ask her why that was the case, she provided the answer. When her committee was formed, someone in upper leadership of the organization told her I was “too difficult” to work with, which meant I couldn't be offered a position on the committee. My name was removed from consideration. I had been banned from volunteering.

At first, I found my banishment to be hilarious and, frankly, unsurprising. (Who gets banned from volunteering? I do!) To be fair, I have had a contentious relationship with folks in charge of the organization because I identified a problem and wanted an actual solution. I openly disagreed with leadership about what to do. What I found intriguing was that a scholarly organization—that relies on people volunteering their time and effort—wouldn't let me give my time, or expertise, to them for free any longer. I had been banned without ever knowing it.

But the more I thought about what happened, the angrier I became. Being labeled “too difficult” put me in a bit of a tailspin. I pride myself on being easy to work with. I'm practical, friendly, kind and collegial, though I do have little patience for nonsense. I go out of my way to be optimistic and to think the best of people. Since I'm aware of the gender bias women face in workplace, I control my emotions at work, paid or volunteer, rather than giving into my impulse not to.

I began to doubt myself and how I appeared to colleagues. I worried over appearing “difficult.” So, I polled friends, collaborators and colleagues. “Was I difficult?” I asked again and again. The answer was a resounding “No.” And yet, I wondered still if I did happen to be difficult but folks were just being nice to me.

And then, I got even angrier. My anger burned hotter and hotter. This was not the first time I have been labeled “difficult.” (I doubt it will be the last time either.) I have been told I am difficult at work, in organizations and online and off. Men (and some women) called me difficult when I didn't meet their expectations of how I should act or how women should act more generally. I was difficult because I stepped out of place. And as you likely know, this doesn't just happen to me, but women in the workplace more broadly, and in higher education in particular.

The Tightrope of Expectations

At work, women face the “tightrope” of gendered expectations. In What Works for Women at Work (2014), Joan C. Williams and Rachel Dempsey write about the distinct types of bias women experience at work and suggest how to mitigate them, and the tightrope is only one of them. The tightrope is a metaphor for how women have to navigate gendered expectations for our behavior.

If women act in ways perceived as too masculine—assertive, confident, aggressive or outspoken—we get labeled as difficult, abrasive or hard to work with. If women act in ways that appear stereotypically feminine, we get labeled as not serious or incompetent. There's no way to win, unless you carefully walk the tightrope, but even then, expectations are subjective. Women are still penalized because we don't match, or match too closely, the ways our culture expects us to behave.

Being confident and outspoken already made me a problem, but challenging the status quo and leadership structure of the organization pushed me over into “difficult to work with.”

I was barred from participation because I stepped out of place. I tried to walk the tightrope and I fell.

So many other women fall off the tightrope too. The fabulous, talented women I know, who stayed in academia and who left, also stepped out of place and were told they were “difficult.”

“Difficult” is a gendered slight. Women become “difficult” when we don't match expectations about how women are supposed to act. We appear as too visible, too opinionated, too outspoken, too smart and too challenging to the status quo. We are too much.

The “difficult” label gets applied to women to shove us back into our place. It is a way to tell us our behavior is not acceptable. It is a way to punish us. If we appear as difficult to work with, then we don't get mentored, recommended or promoted. When others claim we are difficult, they limit our opportunities and access to leadership. They are urging us to hop back up on the tightrope and hope we don't fall again.