Finding Fulfilling Work With Beyond the Professoriate 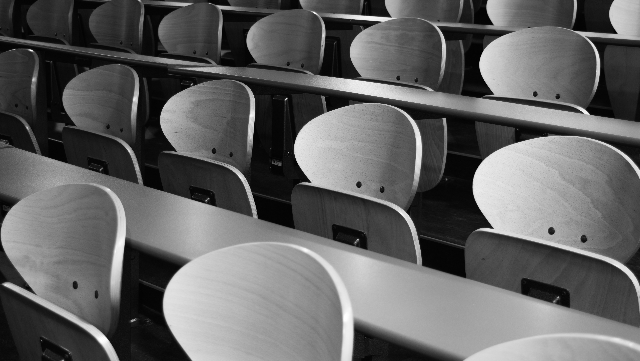 Dr. Jennifer Polk, the co‐founder of Beyond the Professoriate, a company that provides career advice and support services to PhDs, wasn't always clear about her own career path.

Raised in a family where attending college was assumed, Polk first earned an undergraduate degree in Russian studies from Carleton College in her native Ottawa. She continued to study history, earning a master's degree, again from Carleton. With encouragement from her professors, Polk started a doctoral program in history at the University of Toronto in the fall of 2004, eventually graduating in early 2012.

Despite her academic success, Polk became increasingly uneasy about her future. As with many doctoral programs, she felt there was an assumption that she and her peers would all seek a tenure‐track professorship at an R1 (research‐intensive) university and nothing else. Polk sensed that path wouldn't be the right fit for her, but after many years of study in academia, there was nothing else she could imagine herself doing.

“It was really difficult psychologically,” Polk states. “I had no confidence that I would be successful as a professor.”

After graduation, Polk found support in online communities. She began seeking out other career‐challenged PhDs and came upon the work of Hillary Hutchinson, a career coach. “I sent her an email and set up a call. It was completely outside my comfort zone, but I went for it,” she says.

Polk looks back upon that initial phone call with Hutchinson as a turning point in her life: “For the first time, someone got it. She didn't think I was a loser. She told me that what I was feeling was common and normal.”

While working extensively with Hutchinson, Polk began to spread her wings, becoming more active online by writing a blog and posting on Twitter about her post‐PhD career discovery process and her search for rewarding work outside of the traditional academic path.

“I realized that this thing that I was experiencing wasn't just about me,” she says.

As her confidence grew, Polk bought a domain name, FromPhDtoLife.com, and started to honor her desire to become a career coach. “I was sheepish about it at first. Doing informational interviews with other career coaches helped,” she says. Polk took courses for a coaching certification and began offering her coaching services to clients. “There was no grand plan,” she says, “but it felt right.”

Polk's reach grew quickly. She soon partnered with future Beyond the Professoriate co‐founder Dr. Maren Wood to offer an online career conference targeted at PhDs in May 2014. Since then, the online community Polk and Wood created together has continued to flourish.

The conference is now an annual event, with the next one taking place in May 2019. Attendees will learn about how to identify their ideal career path (both traditional and alternative) and will hear from several PhDs who are thriving in their careers.

The voices of successful PhDs are a huge part of the Beyond the Professoriate platform. She notes:

We have over 150 videos of PhDs talking about their career journeys. They come from all different backgrounds and have great advice to share. Maren and I wanted to give clients the chance to hear from a wide variety of people.

In addition to the conference and online platform, there's now Aurora, an e‐learning platform that colleges and universities can subscribe to in order to provide career support to their students, launched recently. “A lot of people need a lot of help,” Polk says when describing her company's many offerings and the addition of Aurora. “We want to help people to be happy—to have meaningful and fulfilling work.”

So, what advice would she give to to WIHE readers who are seeking a new career path or who have an idea that they want to share with the world? Polk speaks with confidence: “Get to know yourself first. People often try to skip that step because it can be uncomfortable.”

Once someone reaches a level of self‐awareness about who they are and what they want, Polk suggests venturing outward, connecting with other people in one's desired field through phone calls, events, workshops and social media. “Twitter,” she explains, “is a brilliant place for networking and learning.”

Polk notes that drastic measures aren't the only way to make career changes:

Even if your day job doesn't change, there are ways to make things better. Side hustles or small changes can make a huge difference in people's careers. Just take the next, best step.

Despite the challenges of running a business, Polk recognizes she's doing the work she's meant to do. She explains:

When I was doing my PhD, I often felt like I was bashing my head against a wall. I don't feel that way now. My work is amazing, frustrating, fascinating and rewarding. It is difficult, but I feel aligned. It feels like this is the right thing.

To learn more about Beyond the Professoriate, visit their website, https://beyondprof.com/.