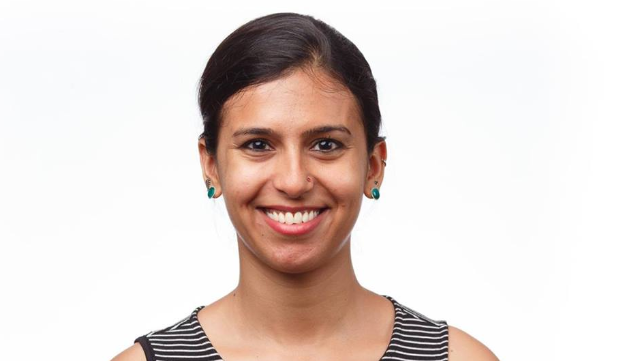 During my time in graduate school, I came across booths on campus for coping with stress and anxiety, staffed by cheerful volunteers who distributed fliers across campus.

The university had a health center for mental health issues as well as programs with therapy dogs and chickens that made visits (accompanied by trained staff) to different schools close to finals! As I had just started to name my depression, this offered a hopeful picture.

Hesitating to speak up

At the beginning of my graduate degree, a student pursuing a different degree program at my school committed suicide—afterward we learned he had lived with bipolar disorder for a long time. People expressed surprise and anger at losing him; they remembered him as cheerful, intelligent, funny and kind. (Mental illness tells us lies about ourselves that are often very convincing.)

We as graduate students spoke about him (I did not know him very well) and started having some conversations simply due to the shock of his death. But we didn't speak about what it was like to truly live with a mental illness: managing your life; having it be part of you but not letting it define you; and being a student, a research assistant, a professor, an administrator with anxiety, depression, bipolar or other illnesses. What it was like to wake up every morning with mental illness and avoid talking about it in regular conversations by masking it with physical illness.

At my school, it was unusual to see people own their mental illnesses, except for their anxiety, which was sometimes used as a synonym for more of the everyday worries

graduate students have. Everything else was discussed in generic terms or in the past: “I experienced depression at that point in my life” rather than how you live with it on a daily basis.

Had I seen more people like me, people who live with depression and yet create rich, meaningful lives, I would have had a more hopeful experience in graduate school. Instead, I felt isolated, a feeling not uncommon in academia.

Acknowledging the impact of mental illness

Former graduate students spoke to me about living with depression, including the struggle to find medication that would help them but not make them constantly drowsy and slow. Another student talked about living with a parent who has bipolar disorder, which was a constant presence in her life.

In conversations with a tenure-track assistant professor, I learned about her experience living with post-traumatic stress disorder in graduate school, a direct result of her fieldwork in conflict zones and interactions with people whose lives were constantly threatened by repressive governments. She highlighted how her own experiences had made her more likely to notice when one of her students was struggling.

But she also acknowledged walking a fine line between being open about her struggles and recognizing the realities of being a female untenured faculty member surrounded by stereotypes of the “weak” or “mentally unstable” woman.

At the same time, she was clear about wanting her experiences with trauma to be visible, so students know it is fine to feel distress and that feeling distressed doesn't make them less in any way.

Dr. Adriana Baranello, a former PhD student at the University of California, Los Angeles, told me about her anxiety and depression: “the more I needed to accomplish in a short period, the worse my anxiety got. For a long time I just tried to power through, because I wasn't ready to believe that my problems were real and that I warranted help. Later, when I was writing my dissertation, my problems became less visible in part because I spent most of my time working from home.”

While universities across the country have mental health institutes and programs, many are not staffed adequately and are also strained by the financial costs of providing access to mental health care to an increasing number of students. This has, for better or worse, forced people to be creative in how they manage self-care for mental health. All of the people I spoke with for this piece brought up coping mechanisms, whether they described what they did as coping or not.

One was creating a gadget-free space or time at home. This may seem fairly obvious but is one of the hardest self-care rules to implement. We all know how addicted we are to our technologies and constant connection. Yet I have learned that if my brain is not well, social media, news and meaningless information do me no good.

But to live with that silence takes effort, it doesn't come easily to us. As one interviewee noted: “I have to claim my mental space, which is very hard in an environment of constant pressure.”

Women spoke about developing support networks. These networks were not automatically family members or friends, who were often well-intentioned but did not understand everyday realities of mental illnesses. Natalie Glynn, a former graduate student and currently a doctoral candidate at Trinity College, Dublin, notes: “I think the best thing we can do for ourselves is seek mental health care the way we would physical or dental care because sometimes your friends can't bear the weight of your stories or worries and it's not fair to ask it of them.”

This is not to say people did not develop deep friendships with a few people, which have strengthened over the years. But they did not have these relationships with everyone in their lives and made peace with it.

Baranello also talks about finding support online: “[M]y major source of support was the close friendships I was developing via Tumblr. There was a loosely associated group of mostly women who had worked for the online magazine Jezebel and knew each other, and to whom I was ‘introduced’ by my high school best friend. That actually started right after my breakup, and I have lasting, real-world interactive friendships with several of them.”

Some people found solace in religion and spirituality, whereas others who identified as agnostic and atheistic found hope through support groups, and groups with people centered on activities such as sports or knitting or other things also helped people.

Another important way to cope is to identify and limit the presence of triggers. For example, news about violence is a constant part of our daily lives. But for people who live with trauma, this is a constant stressor. Boundaries are important, whether it is with respect to people or information.

Taking a long, hard look at your priorities in life and your goals becomes necessary, as well as identifying what you need and what can be removed.

Jenny Ernie-Steighner, a former graduate student at the University of Minnesota, talks about having to shift her timelines: “For me, the journey through mental illness is the hardest battle I have fought. It has been one of my greatest teachers. As an aspiring academic, this over-a-decade-long healing journey has meant facing obstacles, learning patience and knowing that it is all right to take time for self-care and that professional

goals will be reached in time, even if that time frame necessarily is much longer than expected and hoped for in the beginning.”

Seeking out care and help

While people's understanding of mental illnesses is often one-dimensional, the realities of living with it are layered and multifaceted. Each of us faces life-specific challenges and is equipped with different resources for coping. Learning to balance is an individual path; there isn't any universal prescription. But all of these conversations offer me hope and a reminder that none of us are experiencing this alone.

Glynn talked about how more understanding of mental health care can help us all: “I think the world would be a better place if everyone sought mental health care and learned to put themselves in someone else's shoes occasionally. The magic of being able to truly empathize with my mother, which is something that took me years after undergraduate to really be able to do and only came after talking with my aunt and reading some books/articles, is probably the biggest thing that has helped me.”

“Living in fear or worry is stressful,” she continued, “so I try to realize that my mom is stressed a lot of the time. How would I feel if I was her right now? If that's the case, what is a good response that will be appropriate/compassionate for both of us?”

Over 50% of adults in the country with a mental illness report receiving no treatment, and the impact of this statistic reverberates across people's personal, social and professional lives on a daily basis. The challenge of equitable, affordable and, most importantly, effective mental health care is not limited to universities alone; it is both deeply personal for many people as well as an issue of national relevance.

Universities are positioned uniquely in the way they bring people together in a way that perhaps a workplace is unlikely to. In their individual roles, students, professors, administrators and others involved at universities are strengthening their capacity to deal with mental illnesses—this offers hope as we look at a future with increasing numbers of adults with mental illnesses. My personal hope is that universities will continue to build around these individual efforts to create a larger structural net of support.

Shruti Saxena is a development practitioner with interest and experience in education, community development and gender justice. She currently works with a school district and has lived and worked in India and Vietnam. Her academic experience includes degrees in economics and international development. In her spare time, she enjoys watching plays and listening to podcasts.